Climate Tower on the UN Campus

Change is underway on a site steeped in history: the centre of Federal German politics was once here in Bonn, in the Gronau district, overlooking the River Rhine – the government district. The pump house of the Old Waterworks was used as the Plenary Chamber of the German Bundestag up to 1993. The head of government still worked in the adjacent Federal Chancellery right up to 1999. The controversial Schürmann building was supposed to accommodate members of parliament offices in the mid-Nineties, because the "Lange Eugen", a high-rise building with 30 floors, was almost fully occupied. Today, the Lange Eugen is part of the UN Campus and thus the centre of the United Nations bodies in Bonn. An expansion phase, which was a long time in the planning, has now given the Lange Eugen a little brother.

The "UN extension" – that was the very factual-sounding name for the 17-storey building. No wonder that locals quickly called it "Kleiner Eugen", or "Little Eugene". The UN then came up with its official name: Climate Tower. An obvious name. Because the building houses the United Nations Climate Secretariat. And it has a sophisticated climate system for which it has already garnered multiple environmental awards. An integral part of the system: Kampmann.

The climatic concept of the passive high-rise building makes use of the groundwater from the passing Rhine: the water is used for heating or cooling using heat exchangers. Even the toilets use the well water for flushing. If the water does not flow through the ceramics, it is directed through the thick concrete ceilings, which act as a storage mass and transmit the temperature to the rooms. Or the water is passed through the Kampmann trench technology. In turns, Katherm HK and Katherm ID units are installed as a continuous strip behind the fully glazed façades. While the Katherm ID, with its heating, cooling, ventilation and cold air screening functions, uses induction to cover the basic loads, the Katherm HK units meet the peak load requirements.

The trench units in the Climate Tower extend over 1,220 metres. They cling to the façade on each floor, incorporating mitres at the corners and even include recesses around columns. Anodised aluminium linear grilles stylishly cover every inch. And to make sure that everything fits perfectly, Kampmann also attended site to take site dimensions and installed the units as well. 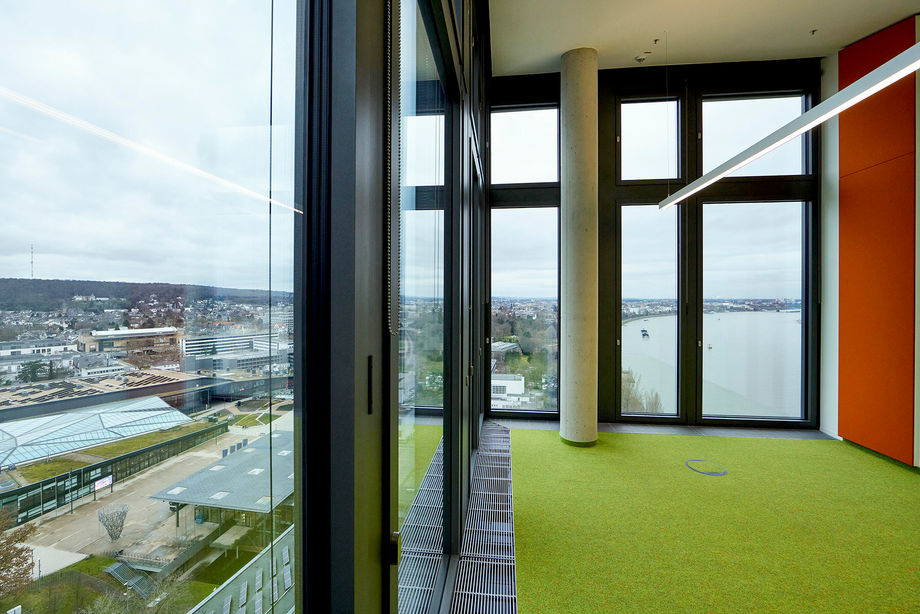 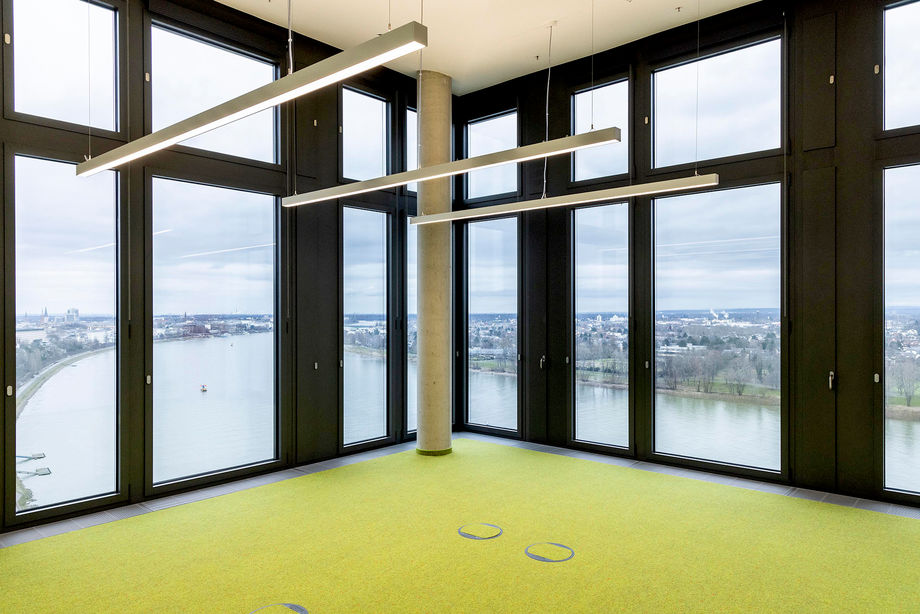 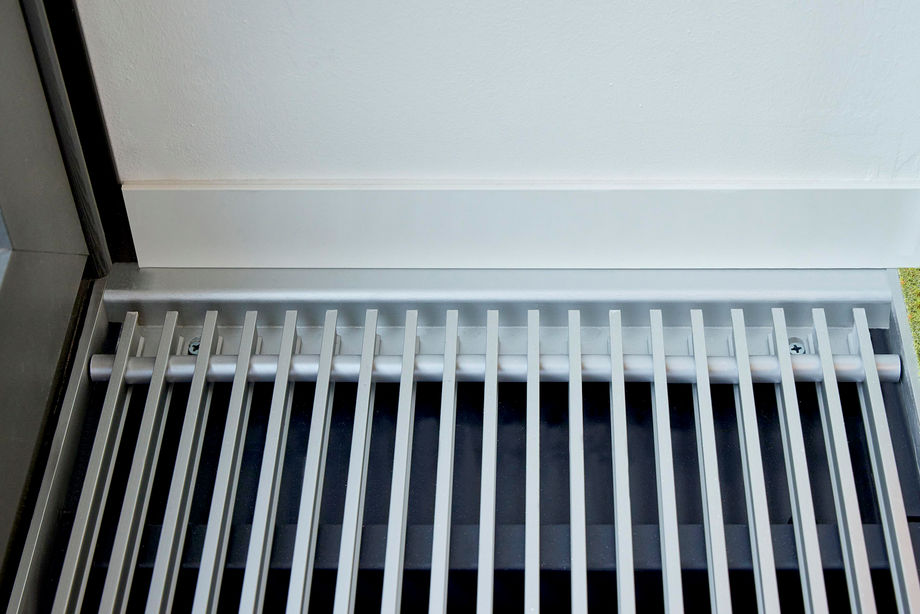 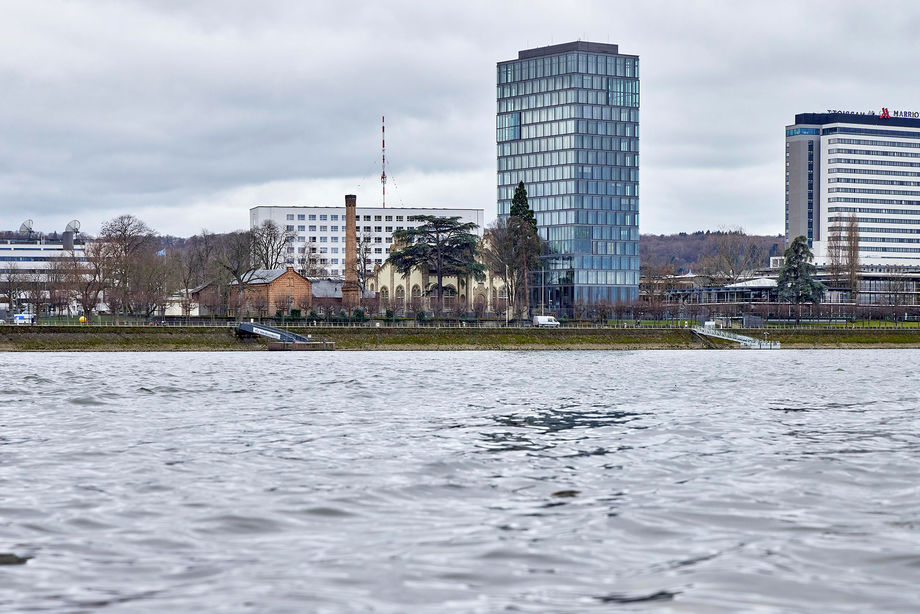 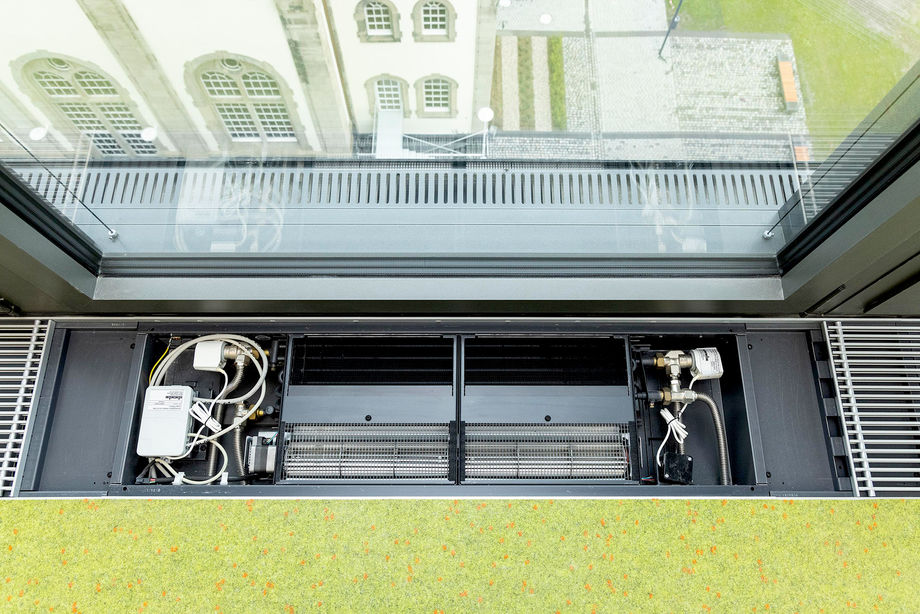 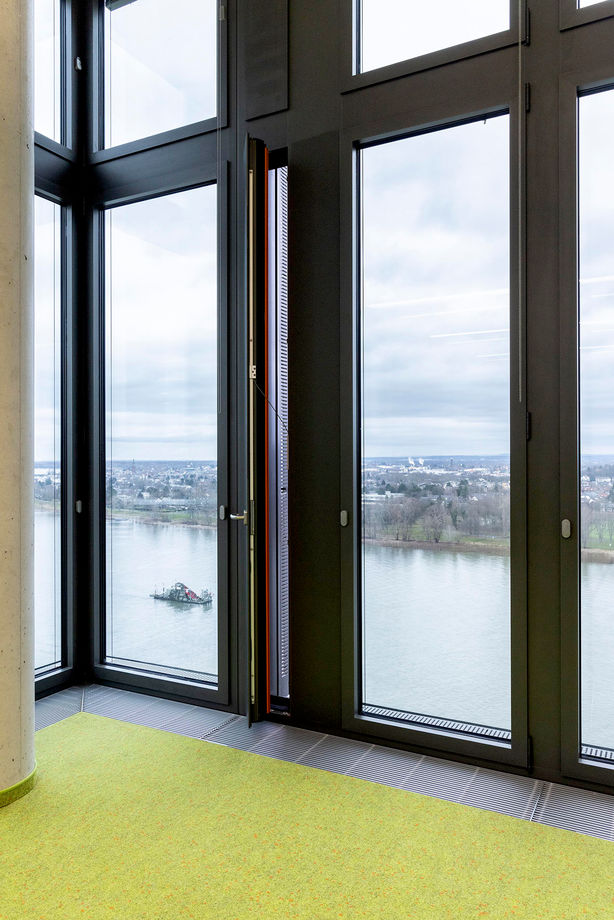 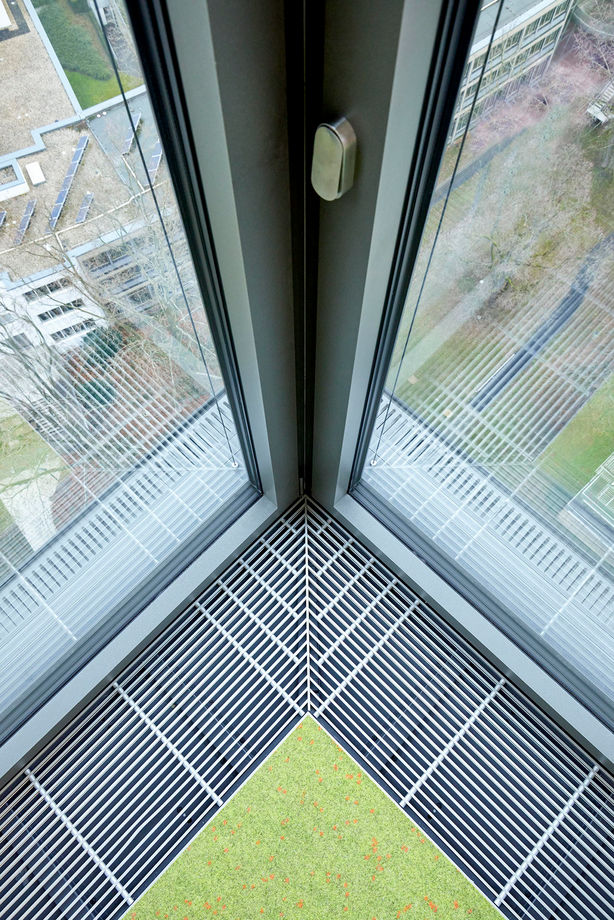 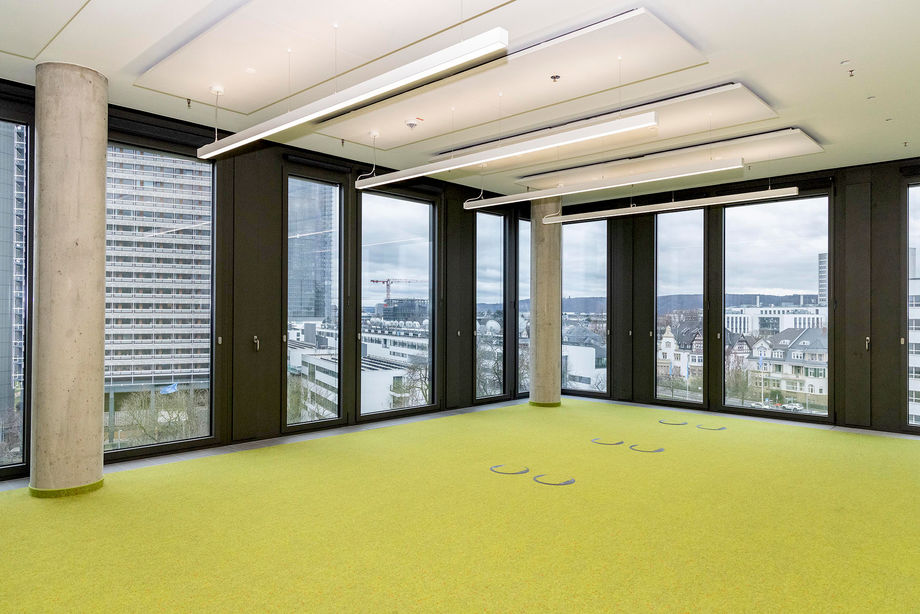 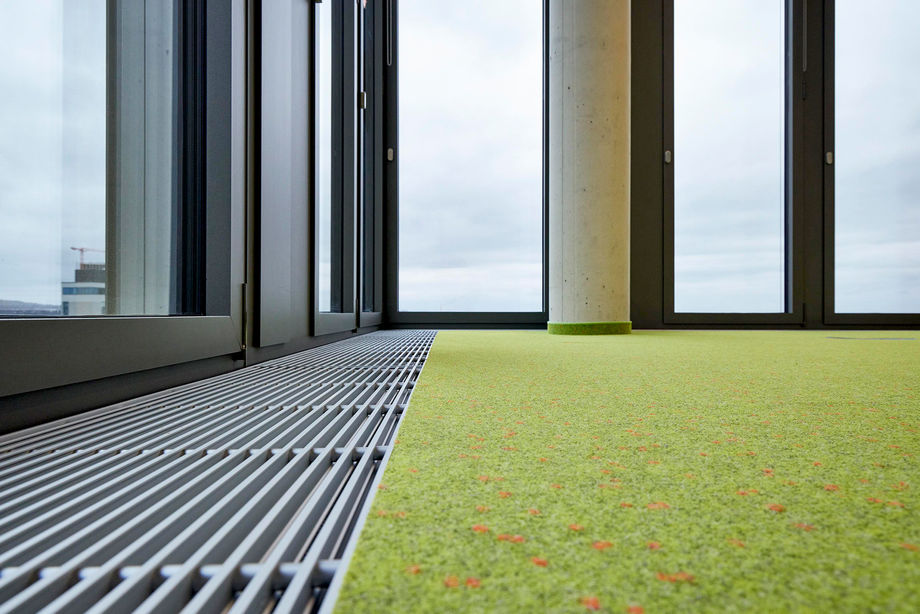 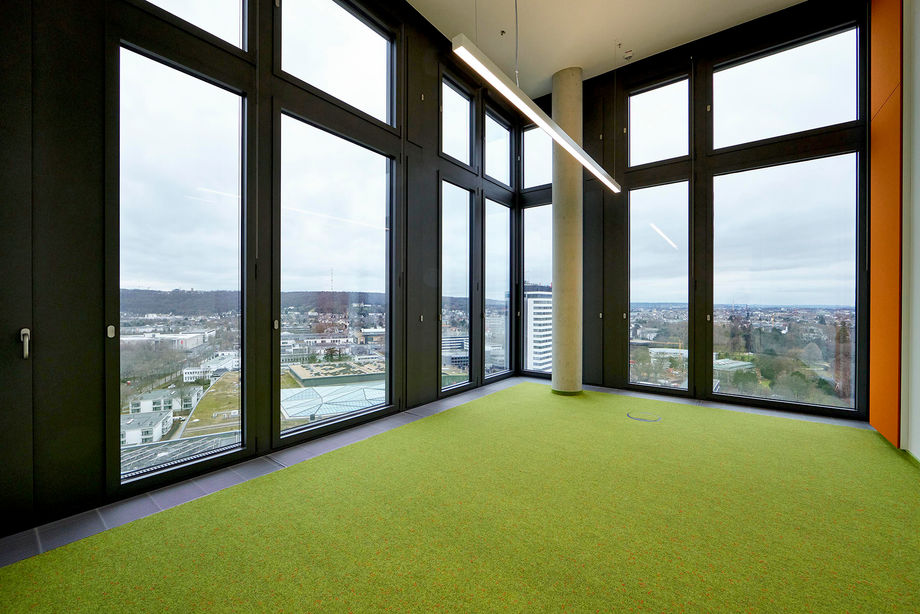 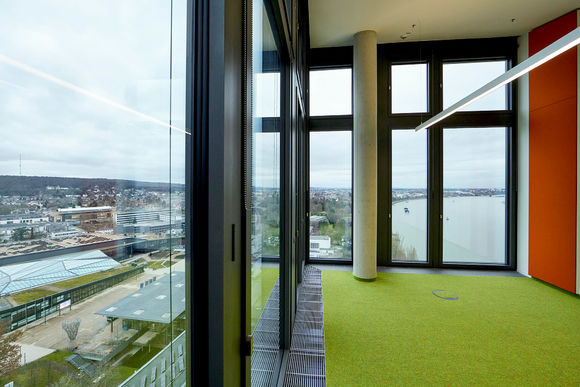 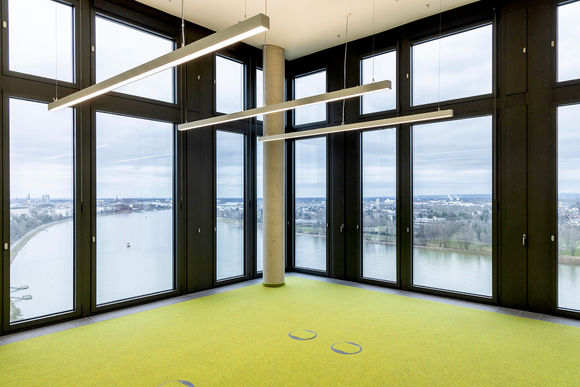 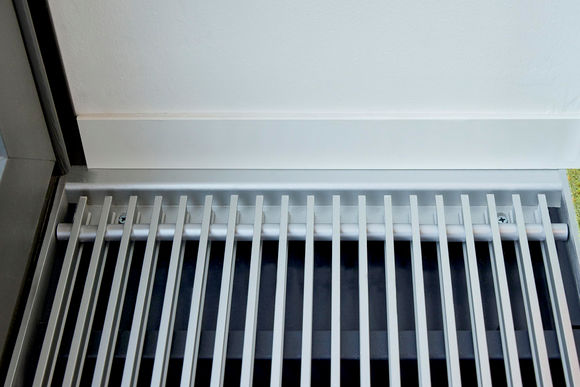 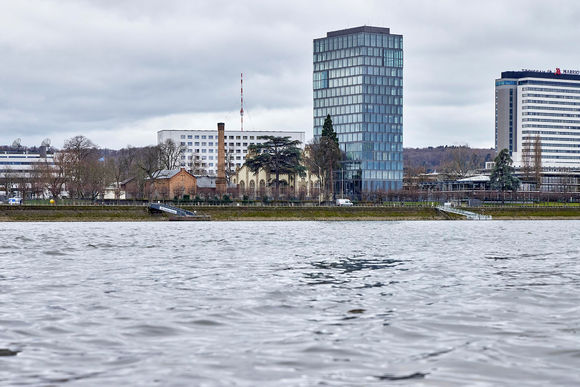 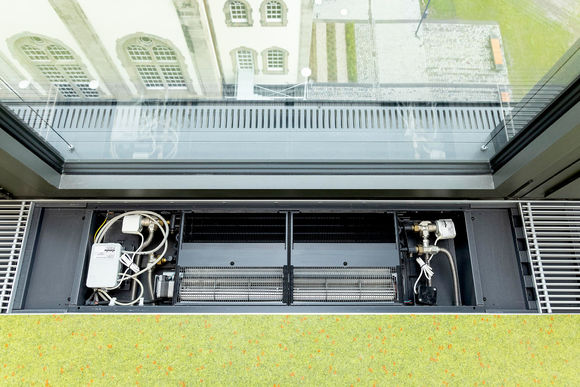 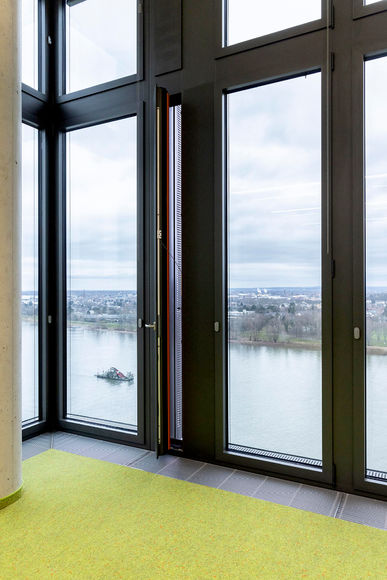 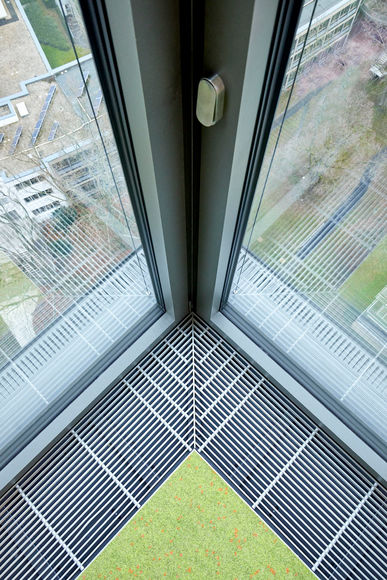 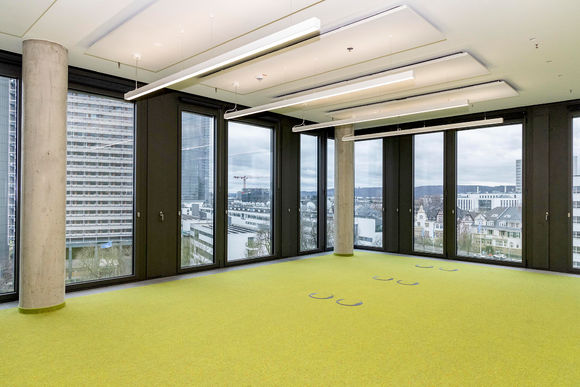 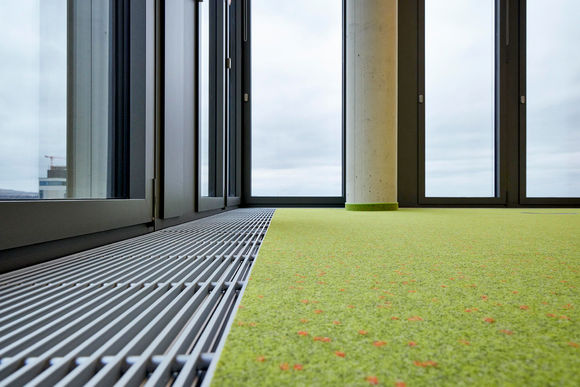 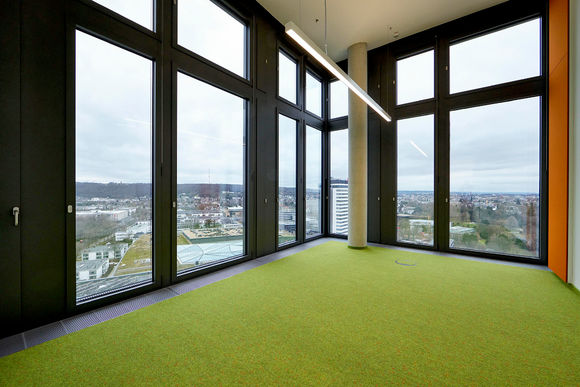 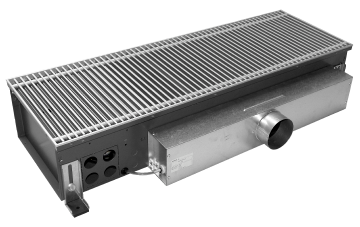 Heating and cooling with induction and fresh air. 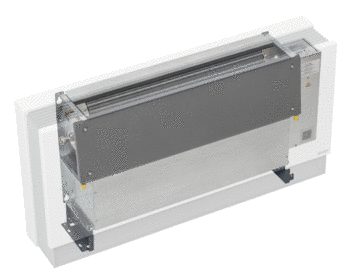