Short, hot summers and long, cold winter with temperatures as low as -30 degrees Celsius – this is the climate in Ekaterinburg, the city of a million people close to the Ural Mountains in Russia. Copper has been mined in the region around Ekaterinburg in these conditions since the early 18th century. The Russian Copper Company (RCC) is one of the leading companies in the copper industry. RCC has been operating out of its new headquarters in Ekaterinburg since 2021. Foster + Partners were the architects appointed to design the headquarters building, famous among other buildings for the dome of the Reichstag parliament building in Berlin or the “Gherkin” in London.

The new RCC headquarters building reflects the exciting architectural style for which Fosters have become known. However, as is essential with good architecture, the appearance is not an end in itself but needs to respond to the needs of the users of the space and also blend into its surroundings. This also applies to the indoor climate.

The building stands 88 metres high with 15 floors, and does not shimmer with a copper sheen by chance. What you notice first and foremost are the crystalline, triangulated curves of the façade. Each of these elements is two-storeys high. On the one hand, they are reminiscent of the crystalline lattice structure of copper itself, but they are also designed to cope with the climatic conditions: a balance between opaque metal panels and large glazed windows. They are arranged to minimise the heat in summer and angled to maximise the low-angled sun in winter.

Kampmann trench heaters are also an integral part of the interior climate concept in these unique conditions: Katherm heating and cooling units prevent incoming cold air in winter and provide cooling in the hot summer months. 311 Katherm HK and 56 Katherm NK have been installed in the building. They are connected by mitred corners on the floors to create a continuous linear section. Katherm units also feed supply air into the rooms. The units are connected to the building automation system by a KNX interface.

The climate in the Urals has therefore influenced both the interior air conditioning technology as well as the architecture. The extraordinary exterior has, in turn, inspired the Russian Copper Company to design a new logo, which – again reflected – has also been incorporated in the design of the façade. 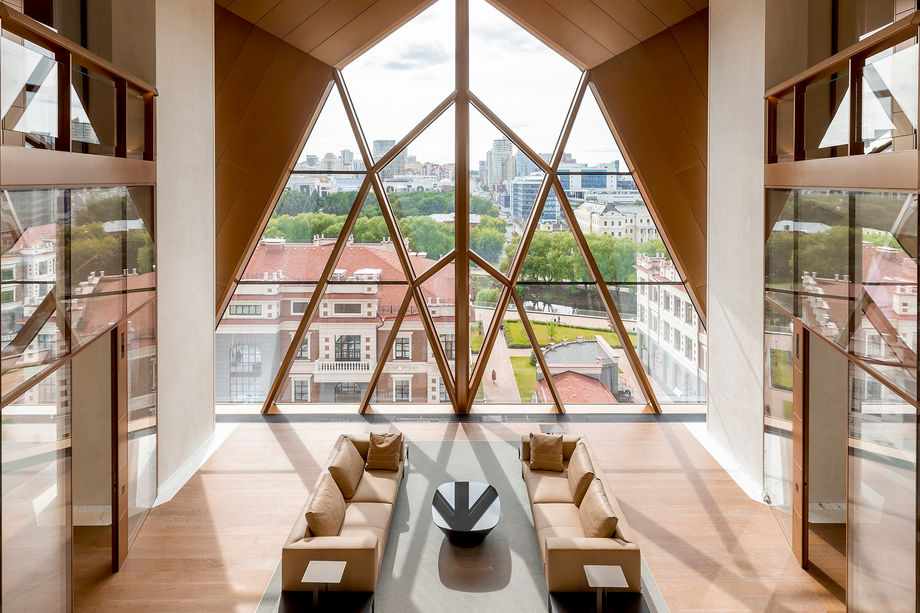 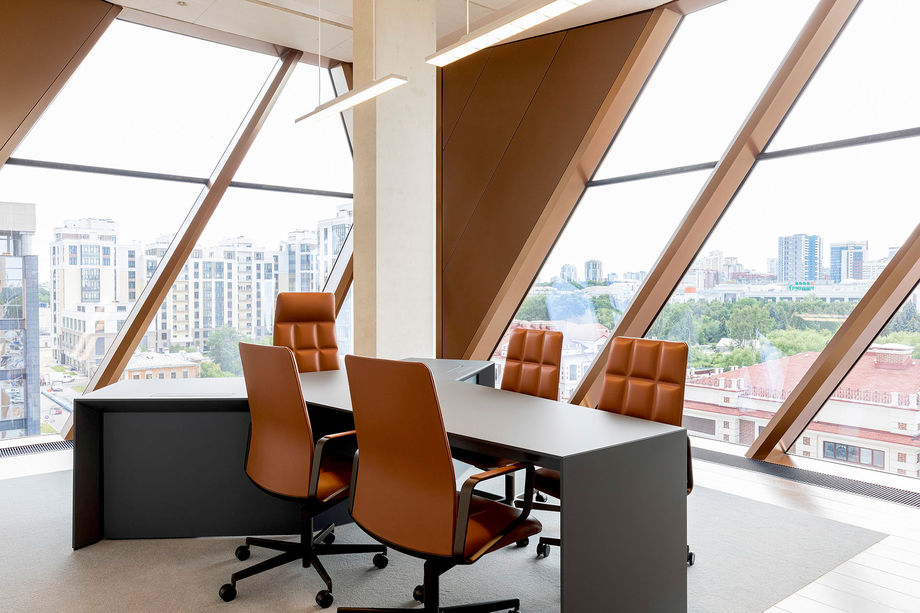 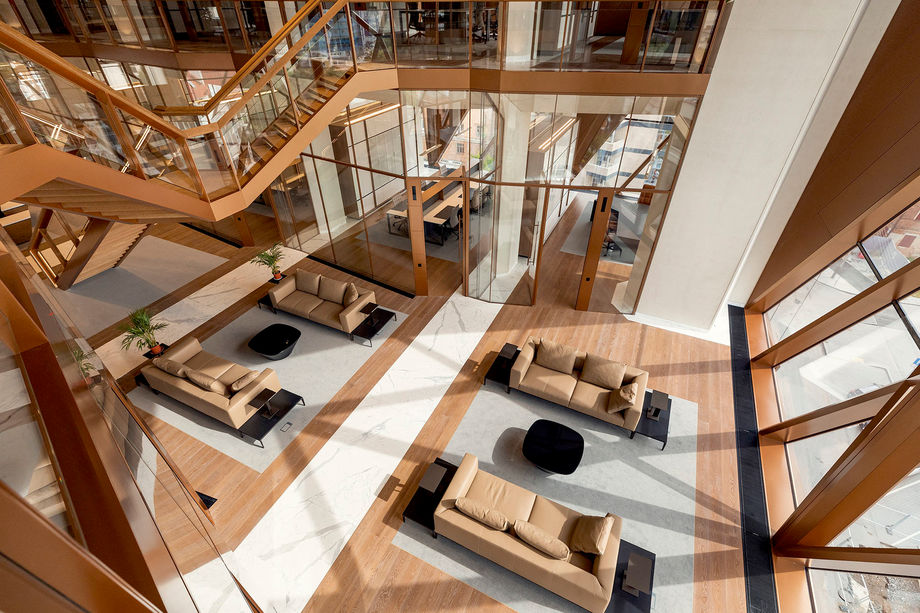 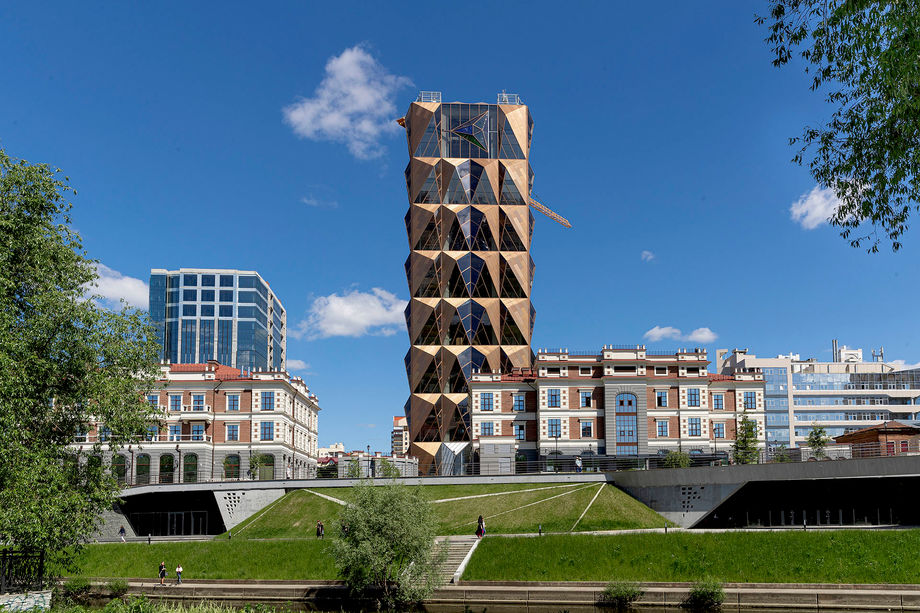 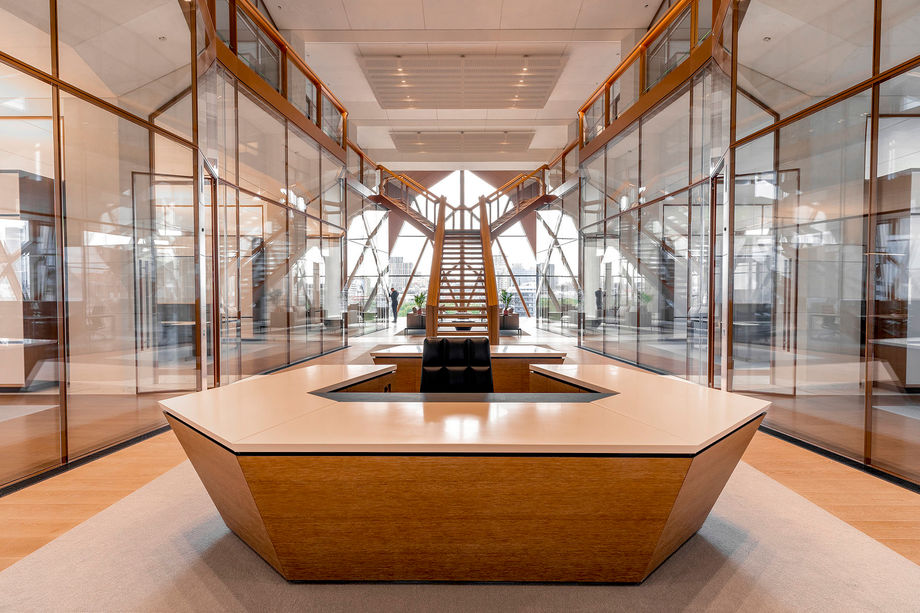 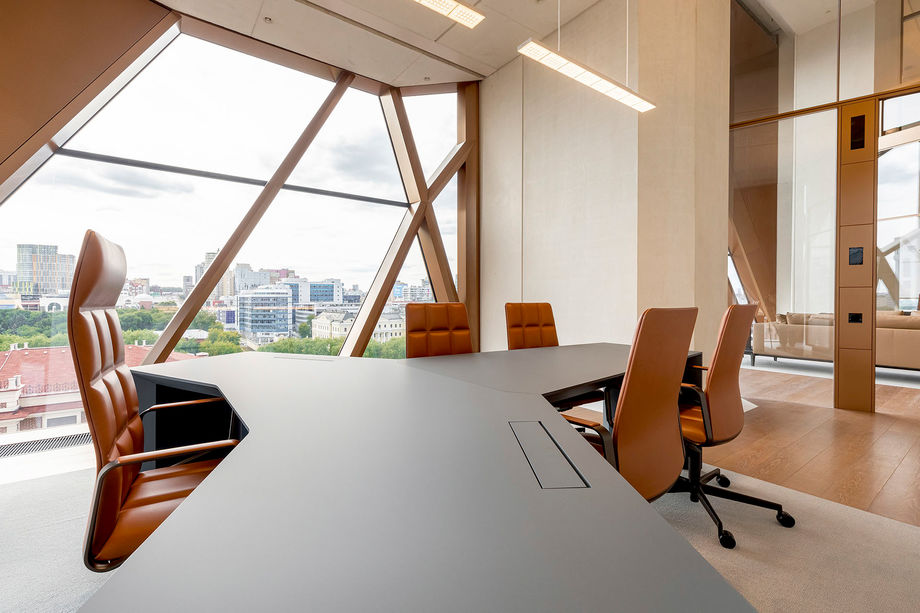 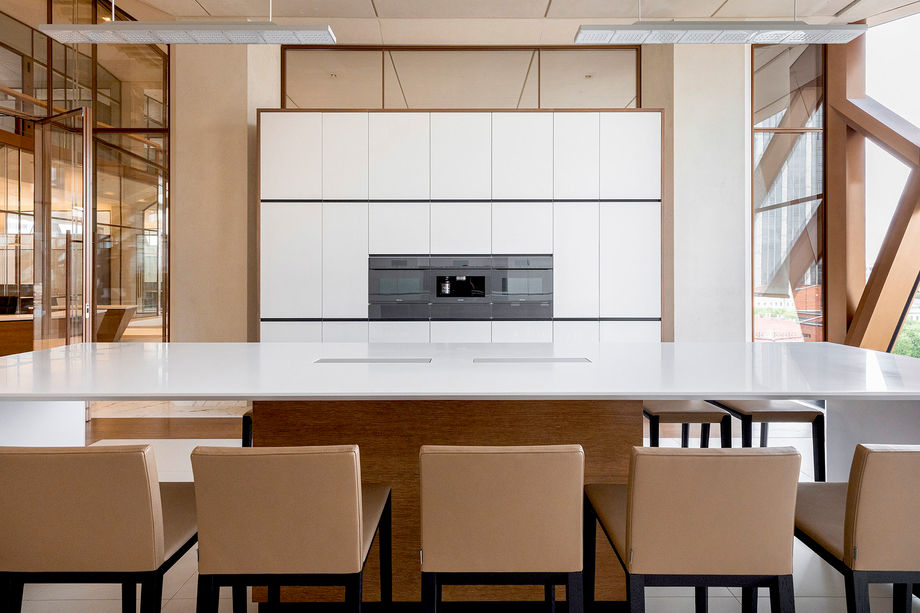 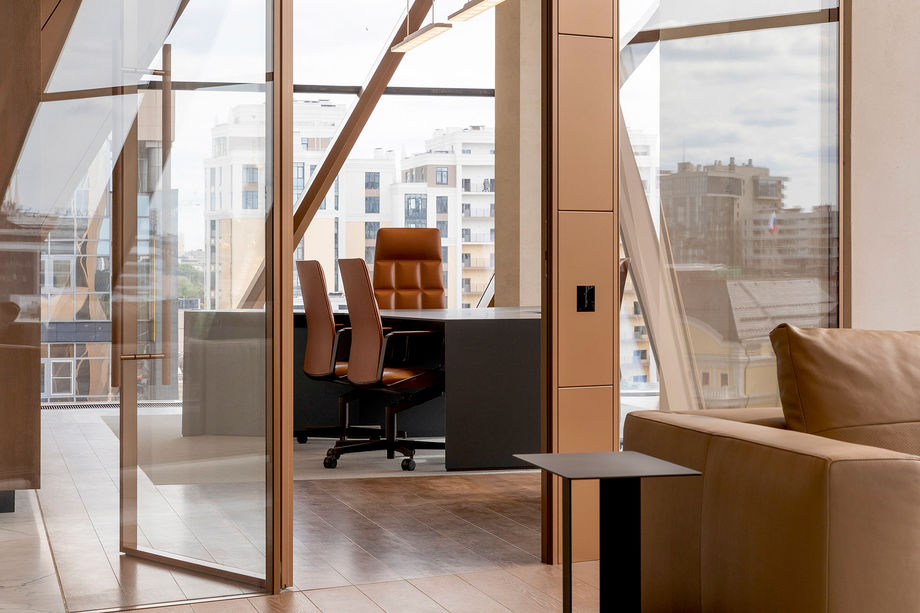 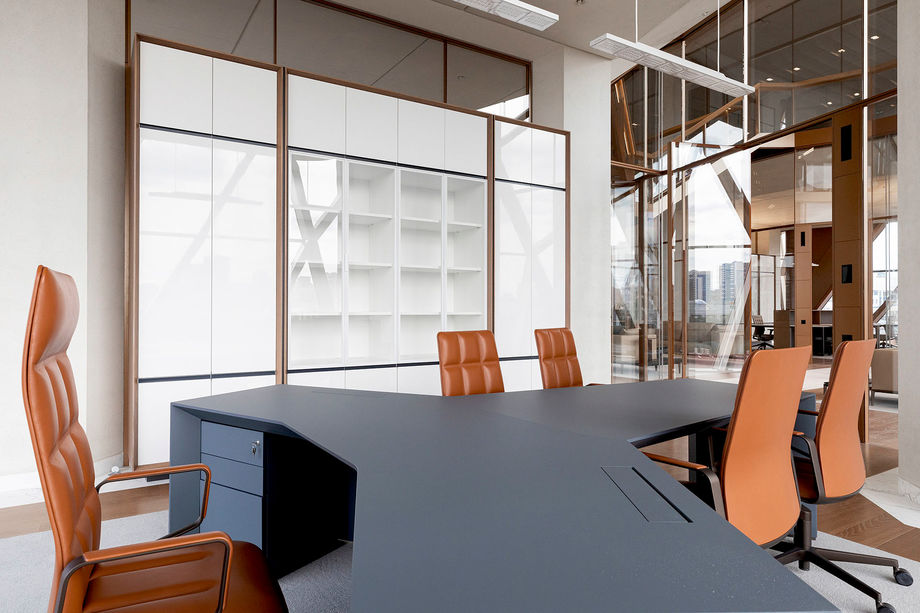 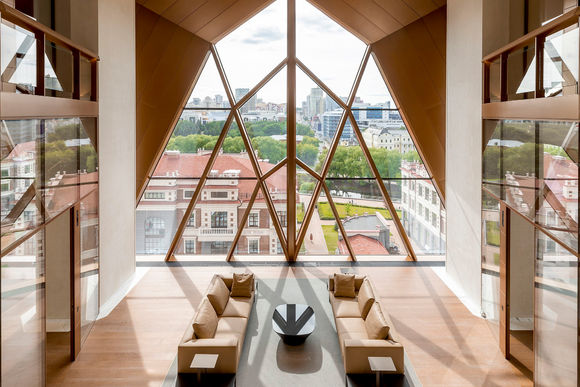 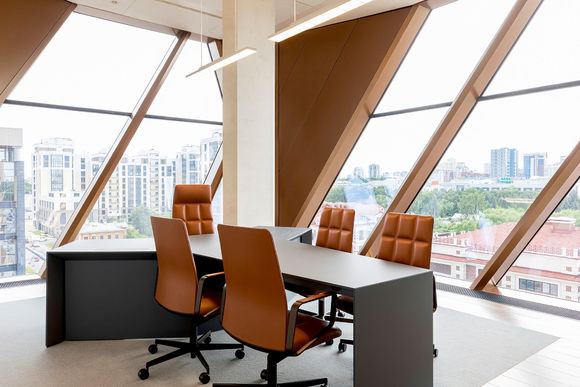 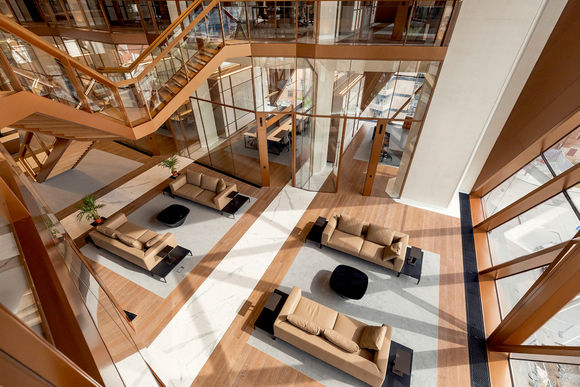 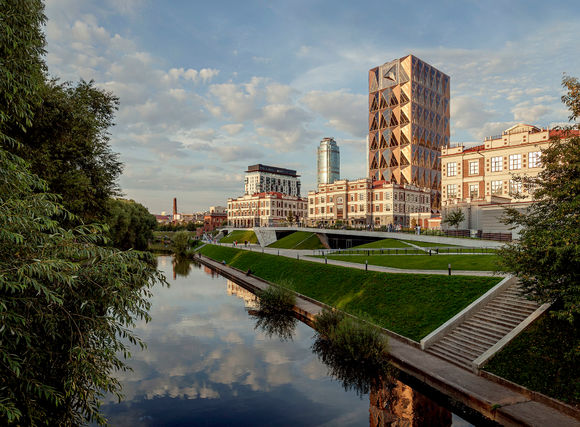 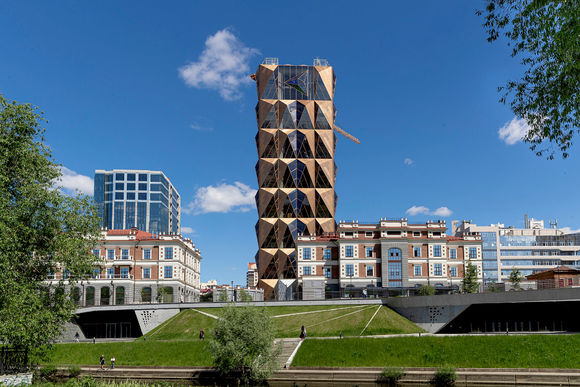 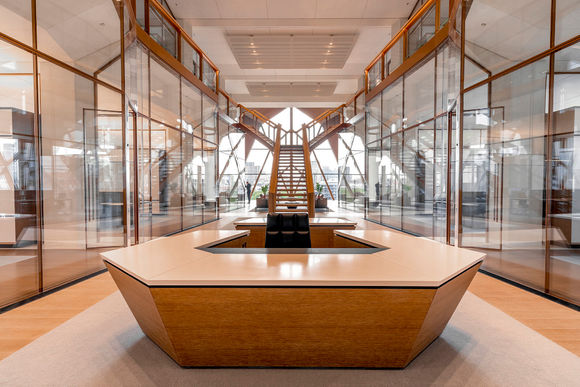 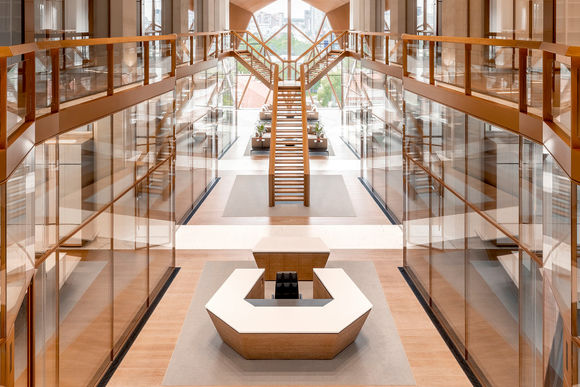 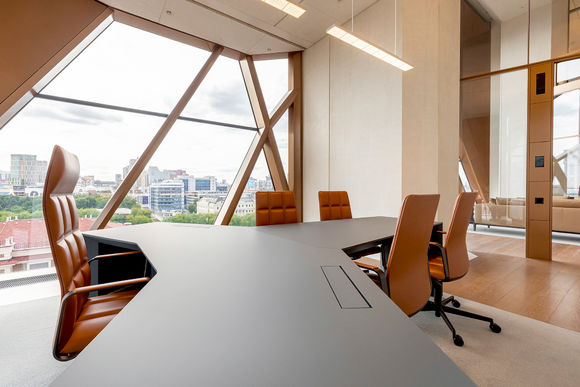 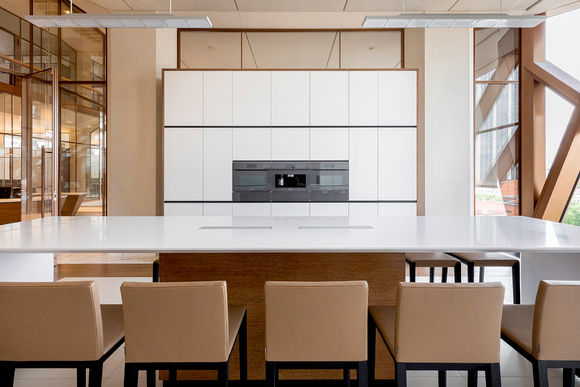 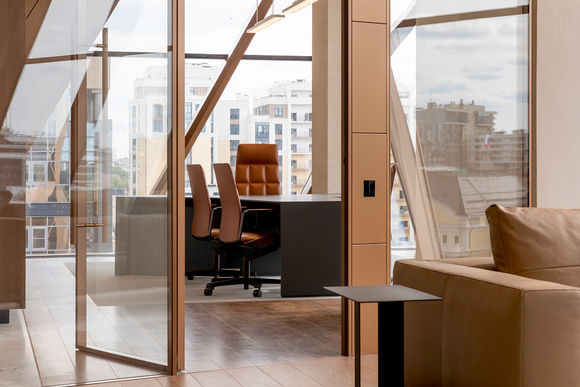 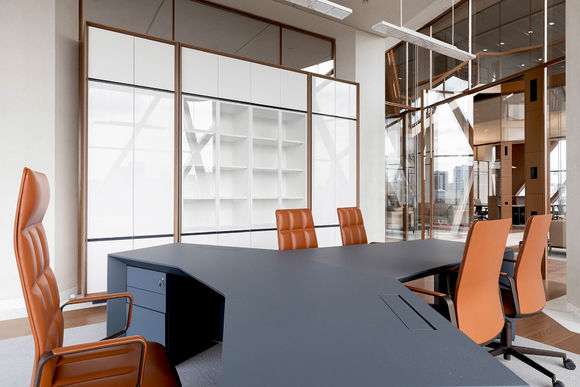