When the Erlangen L'Osteria opened its doors for the first time on 27. April 2017 with a grand opening celebration, the tradesmen had just left the restaurant, as owned Matthias Kaiser reports. Just in time. But it's amazing how the former shoe shop has been transformed in such a short time: a tastefully decorated osteria with oodles of Mediterranean joie de vivre.

L'Osteria is a system catering chain committed to traditional Italian cuisine. L'Osteria has opened over 100 branches in Europe since 1999 – and is growing dynamically. The restaurant in Erlangen, Germany, is characterised by its cosy atmosphere and also by its good interior climate.

Ventilation is an important aspect for restaurants. Particularly when - as in the L'Osteria - restaurants practise ‘front cooking’, that is to say in a kitchen open to the restaurant clientèle. emcoair circular pipe diffusers are perfect, as aesthetically restaurants do not tend to have suspended ceilings. Whilst providing a technical function, they also serve as a design element in the interior. However, if the ceiling height is insufficient to install the required diameter of circular pipe system, then the ORA oval pipe system is the perfect alternative – as was installed in L’Osteria.

The ORA are fitted throughout the restaurant to match the interior decor (the colour of emcoair pipe systems can be freely selected). The slotted rails are located on the curved sides are the slotted rails, which lie flush with the outer wall of the pipe. The rails are equipped with unique emcoair eccentric rollers, which enable continuously variable adjustment between a horizontal and vertical air stream – and hence deliver the perfect indoor climate for every situation. 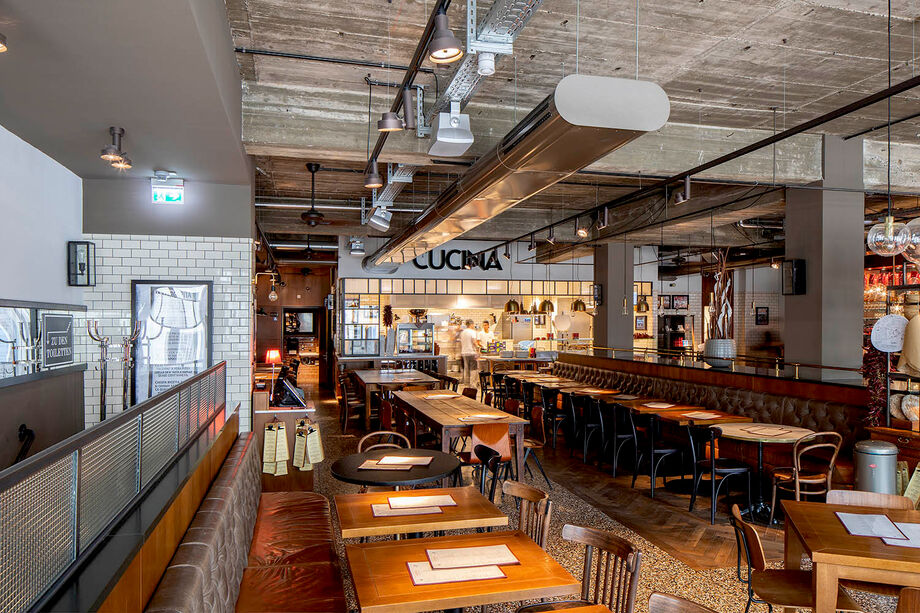 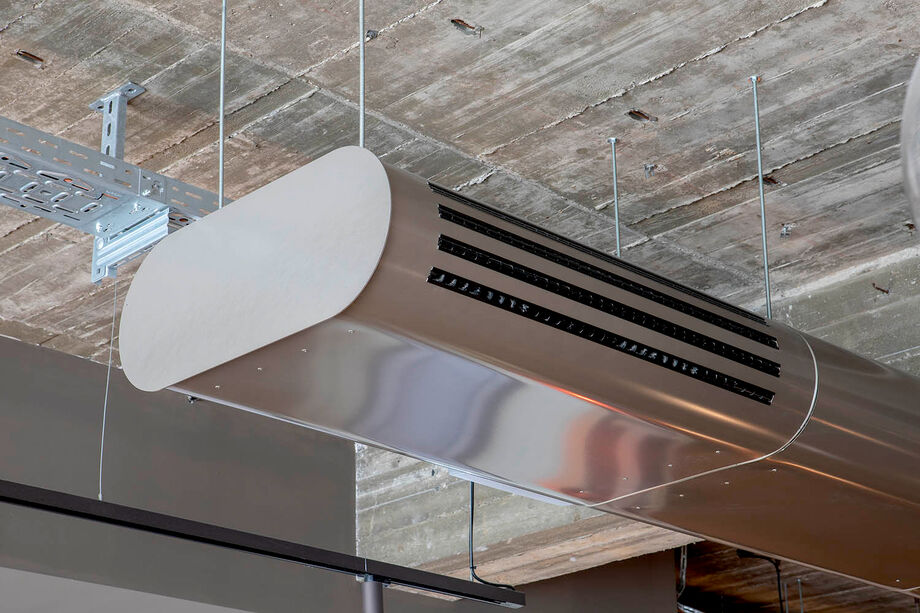 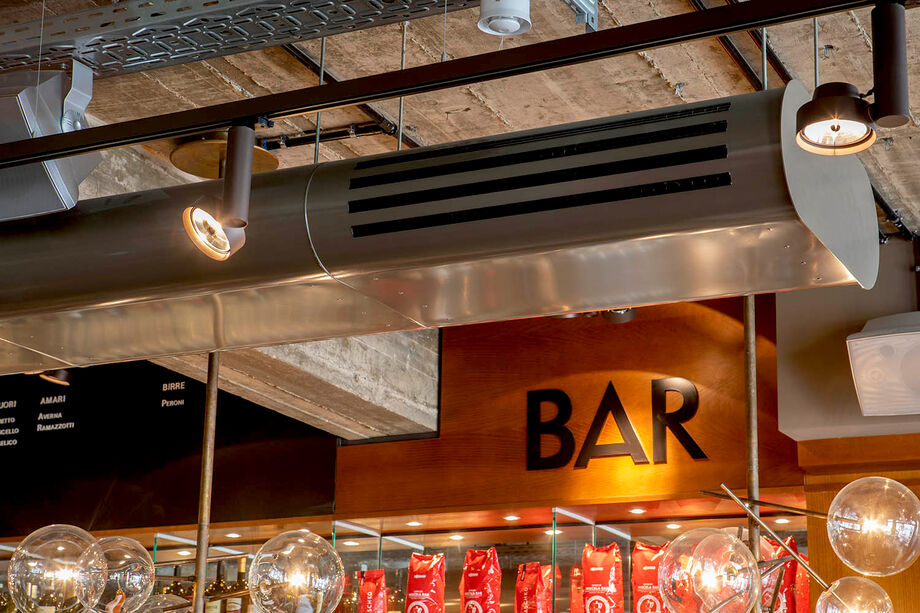 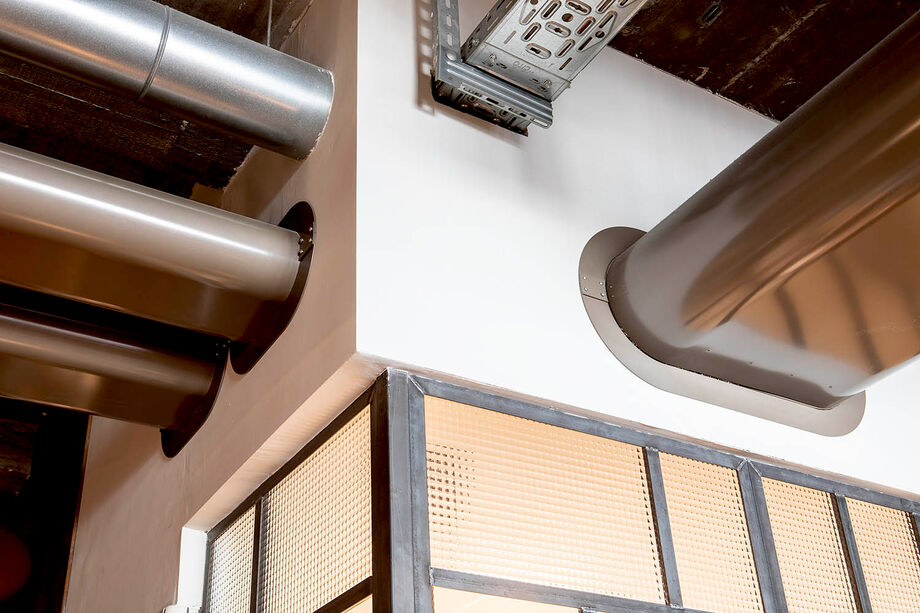 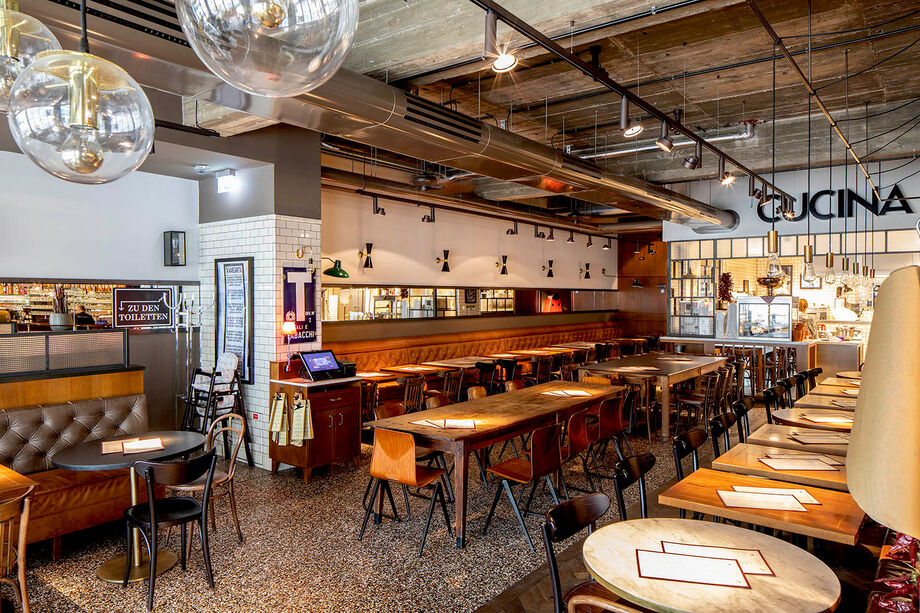 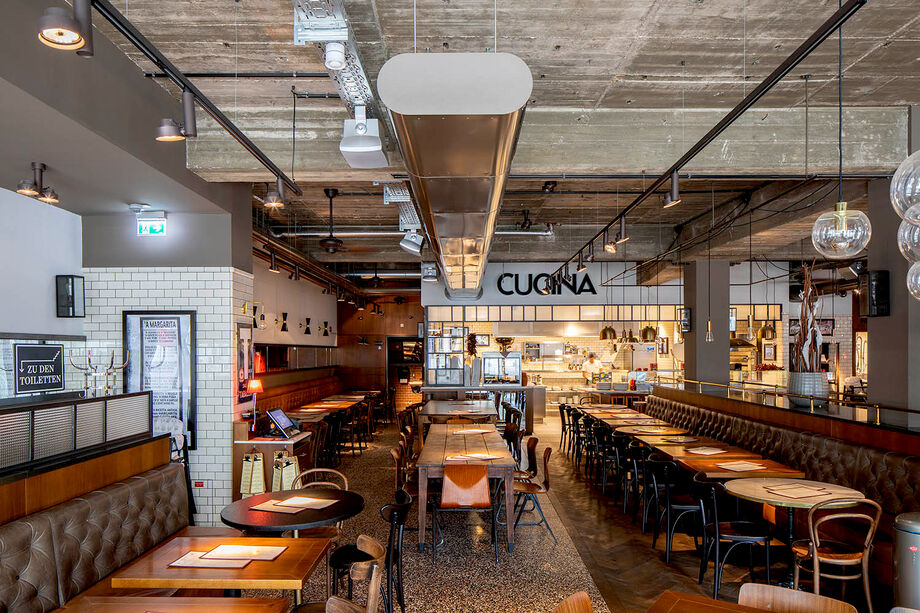 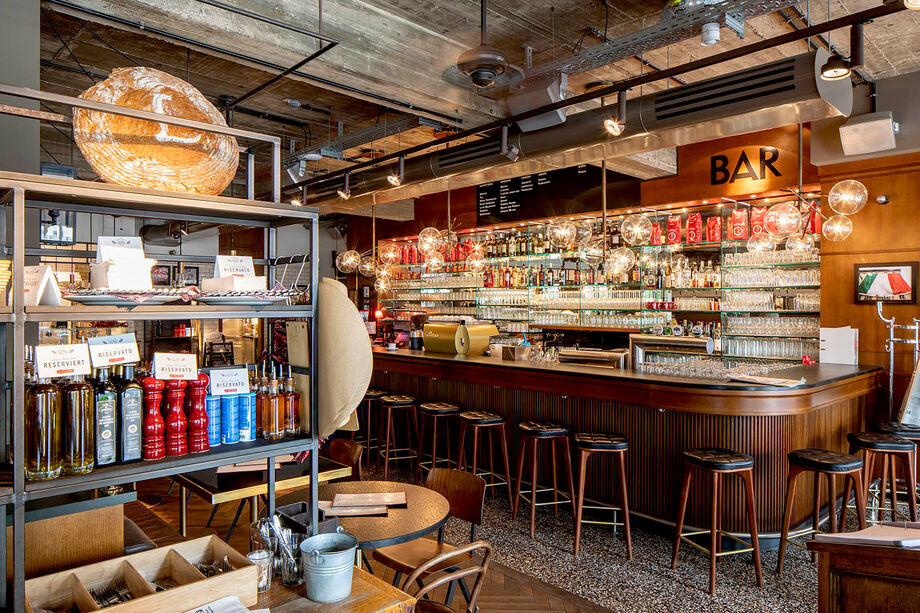 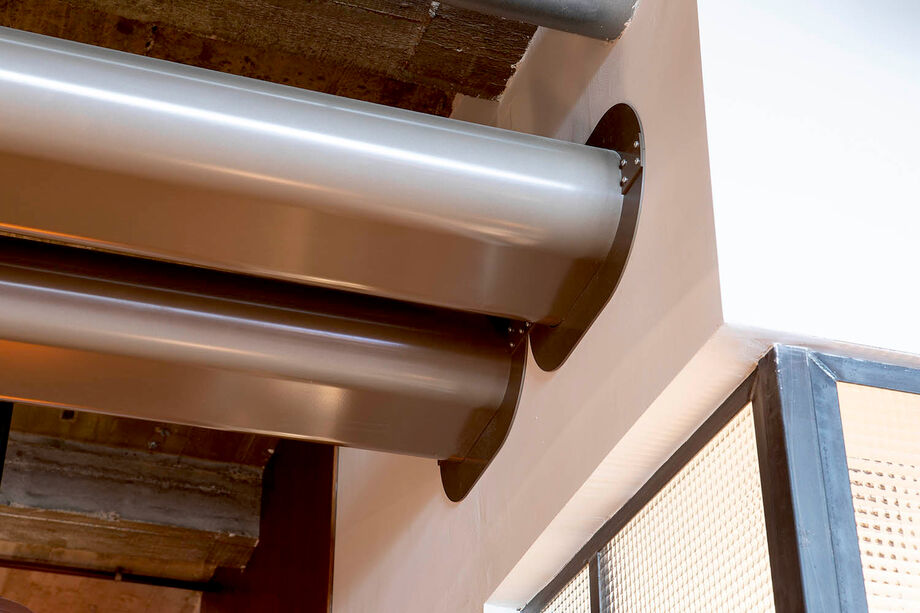 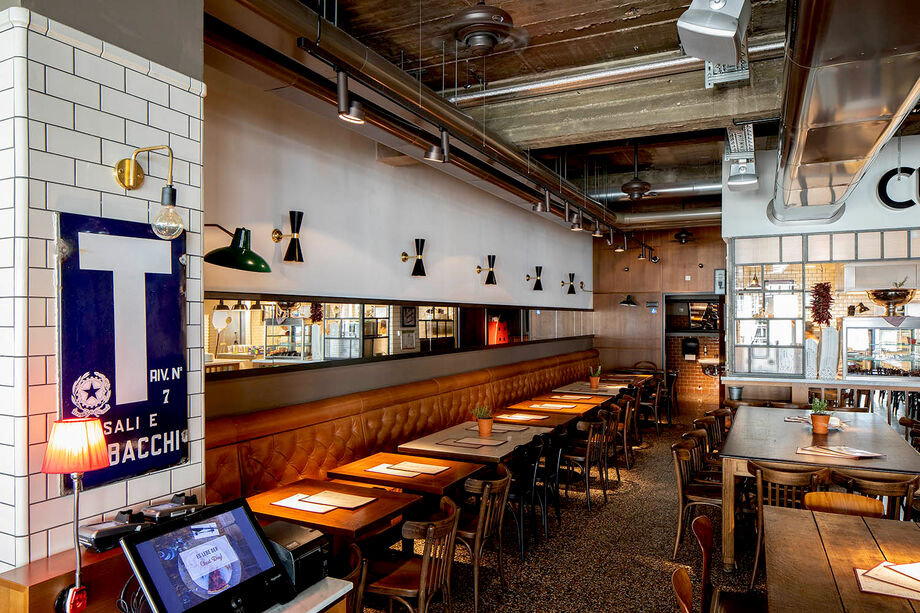 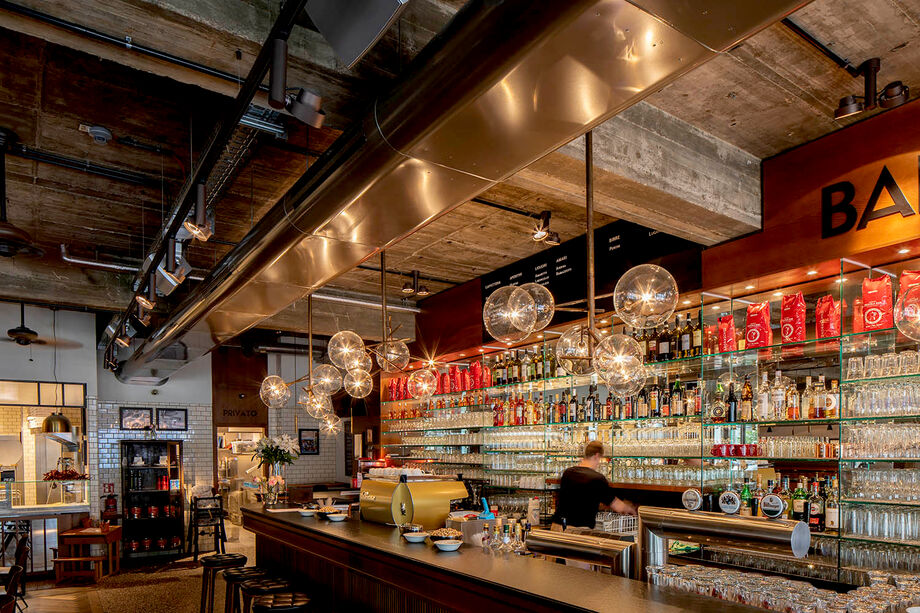 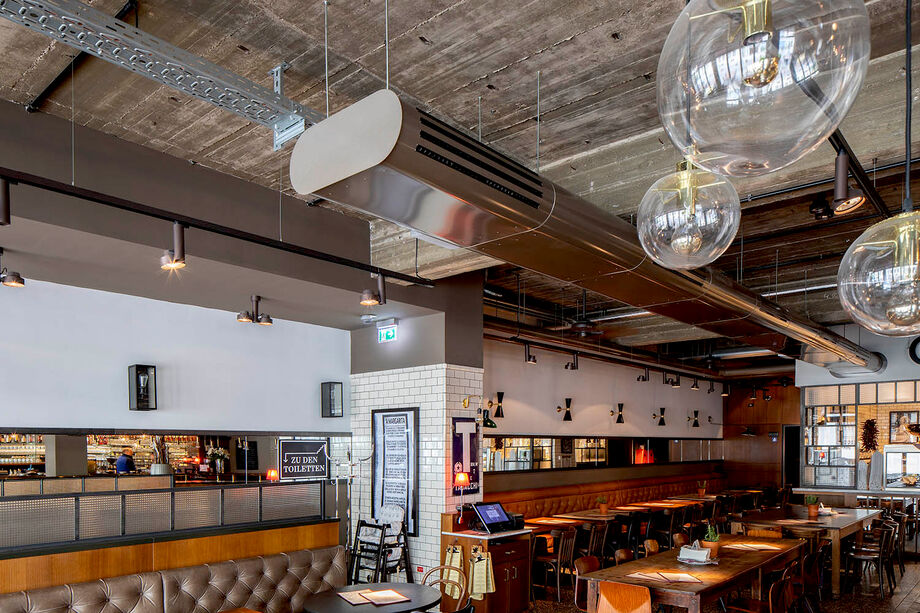 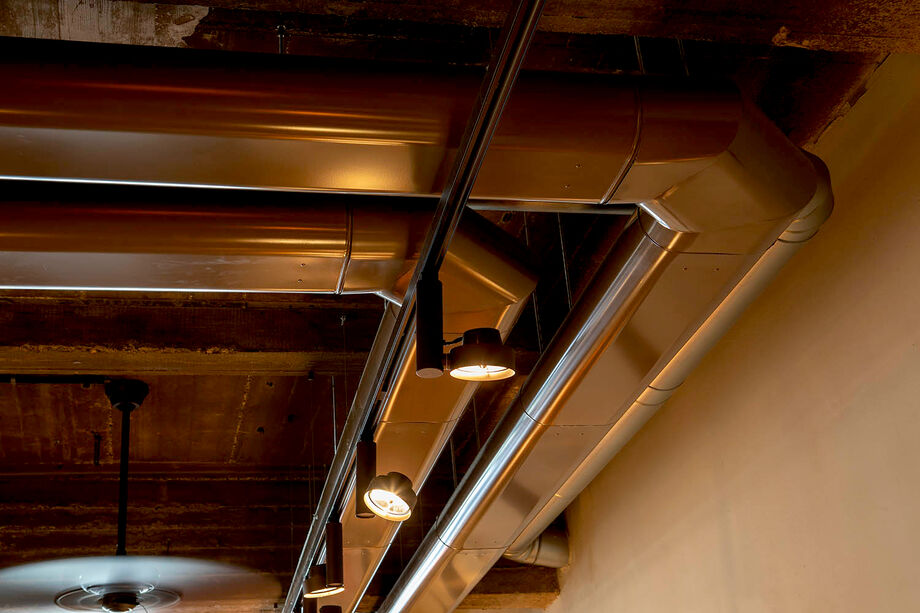 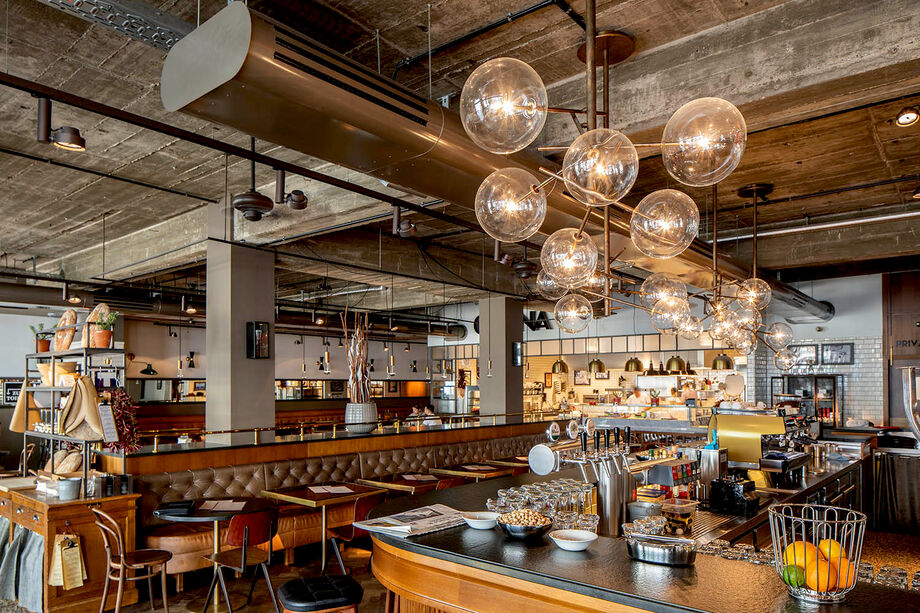 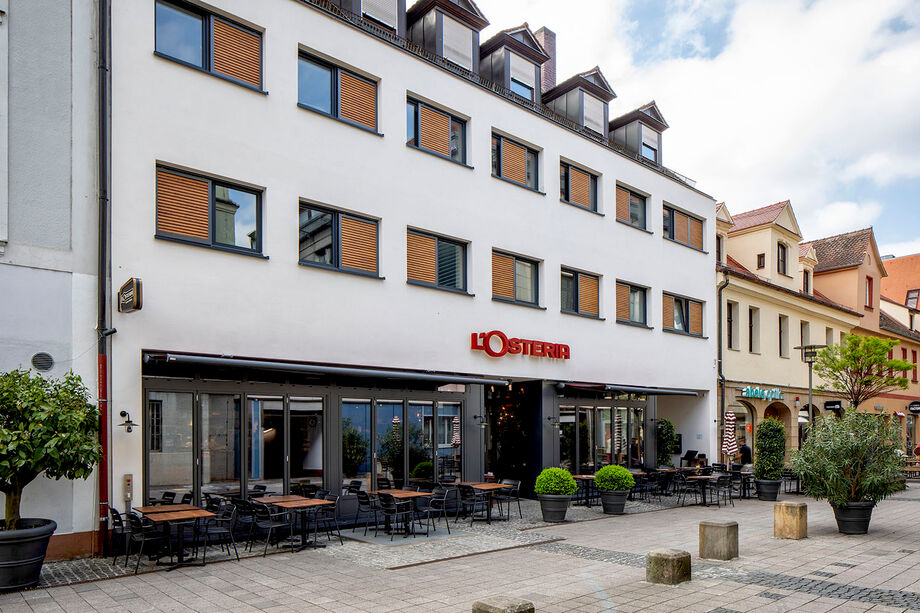 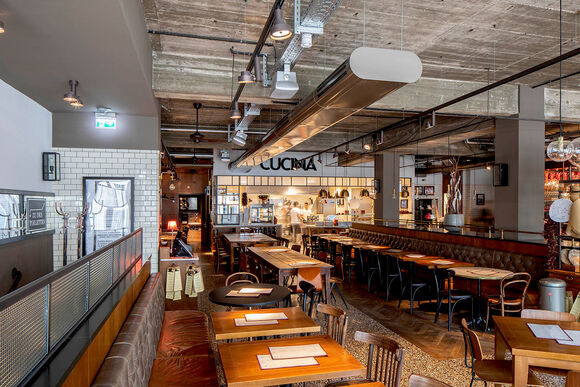 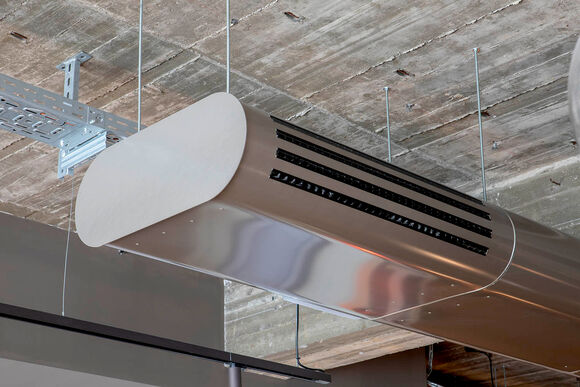 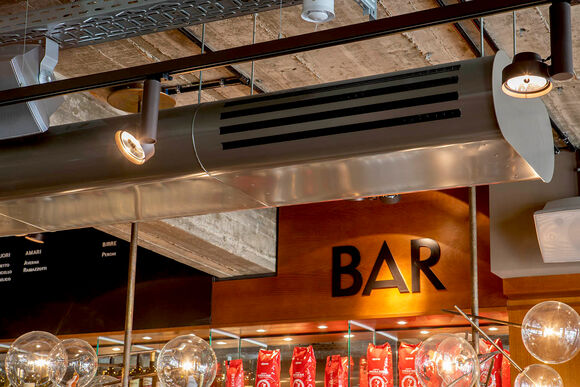 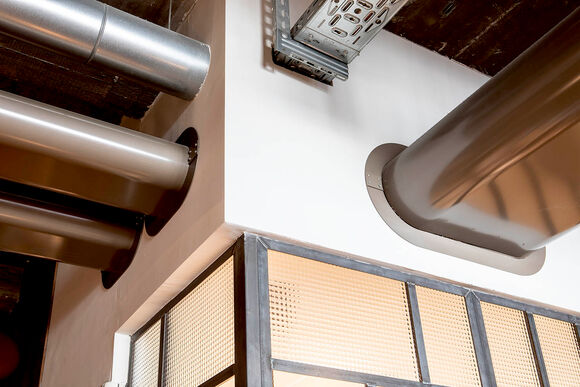 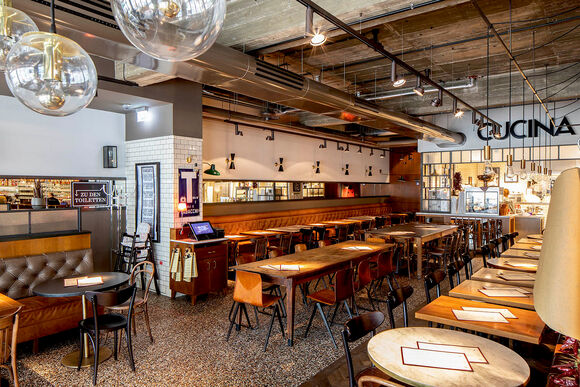 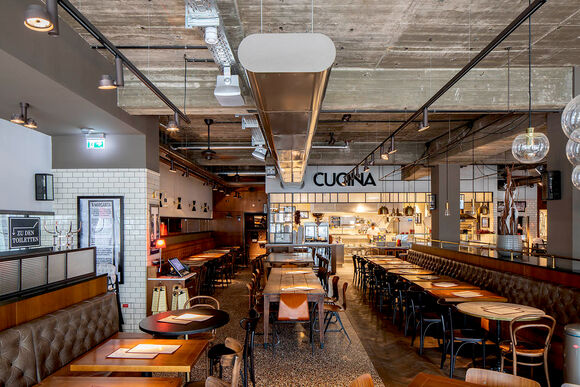 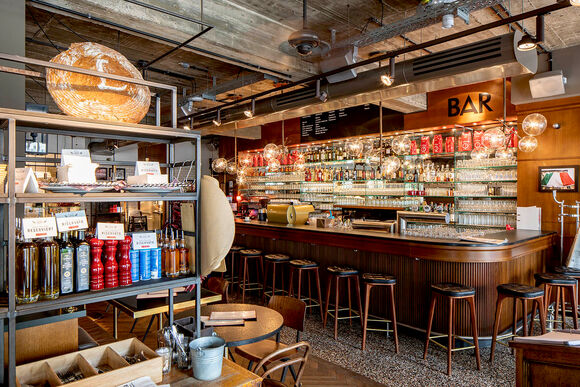 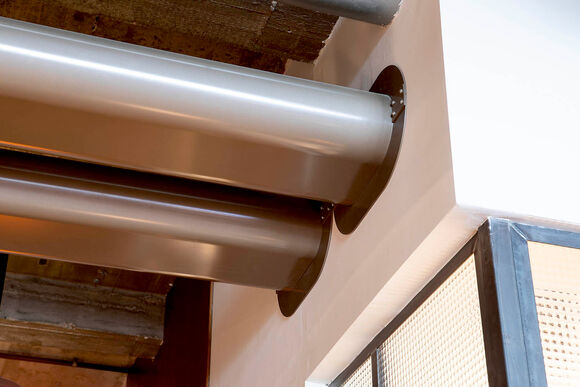 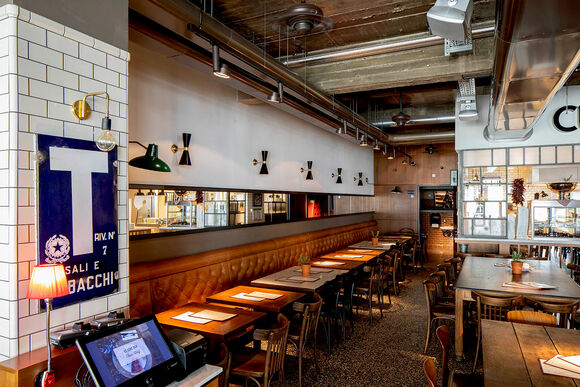 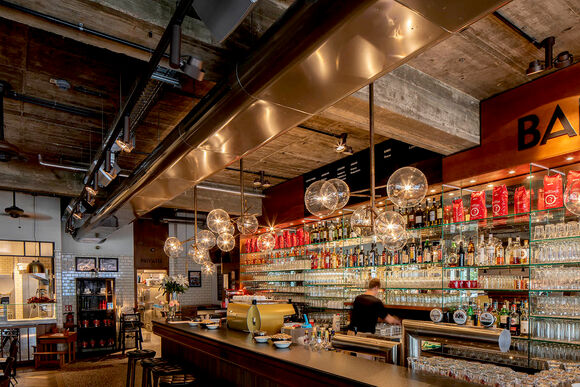 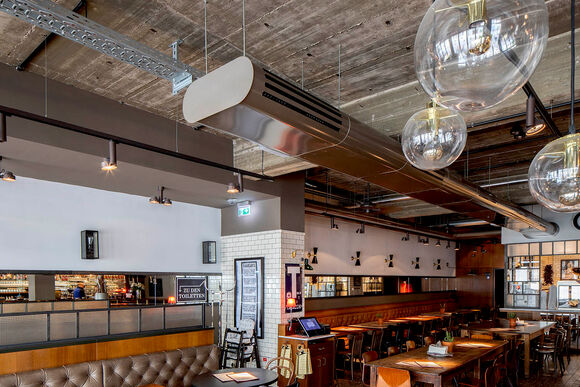 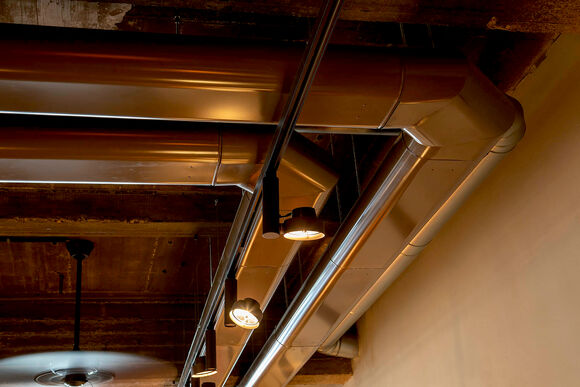 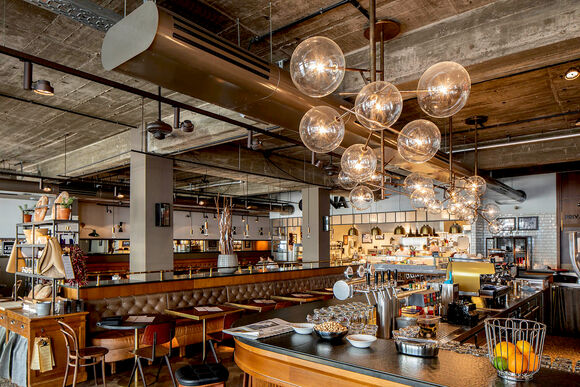 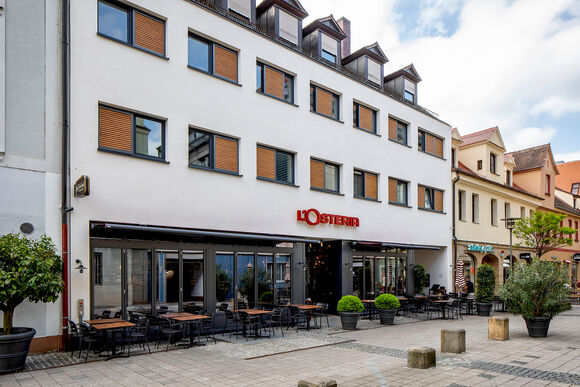 Linear pipe diffuser, consisting of a duct piece with circular cross-section, with slot channels mounted in an axial direction