Revitalisation of the Philips high-rise building

The former Philips high-rise building is one of the most striking buildings in the centre of Berlin. Located close to the Ku'damm and KaDeWe, the 73-metre high-rise office building is a real eye-catcher, thanks to its protruding design. RIU, the Spanish hotel chain, acquired the high-rise building in 2012 and has lavishly refurbished it: after several years of construction, the four-star Hotel RIU Plaza opened in 2015. During the renovation, 48 Kampmann site heaters ensured that construction was also able to continue in winter.

The hotel includes 357 rooms and suites, as well as a lobby, restaurant, bar, meeting/banquet facilities. Architecturally, the once technocratically cool-looking building, has been skilfully enhanced by diagonal lines and a protruding cube with a red, irregularly recessed interior façade. This playful design element is also repeated in the expansive lobby, which offers the traditional location for trench heaters with its floor-to-ceiling windows.

130 continuous metres of Katherm HK for heating and cooling ensure a pleasant climate in the lobby and restaurant. Kampmann is the market leader with its low-noise and energy efficient trench heater and continues to develop the unit. Kampmann achieves outstanding results, particularly with technically difficult cooling from the floor. Outputs you can rely on as they have been measured and tested in accordance with DIN EN 16430.

Air handling units manufactured by Kampmann’s subsidiary company NOVA are responsible for centralised ventilation. Seven central ventilation units with a total air volume of 93,000 m³/h are installed in the RIU Plaza. The challenge was to bring these large units into the existing narrow building. NOVA built the air handling units specifically for this project so that the individual cubes could be transported through the existing doors. The heat recovery unit, designed as a plate heat exchanger, can be dismantled, and installation in the plant rooms was just as quick and straightforward.

The central air handling unit for the kitchen with an air volume of 14,500 m³/h was designed in accordance with VDI 2052. The exhaust air fans are enclosed and externally ventilated. The heat recovery system was equipped with a composite circulation system to hygienically separate the air paths from each other. 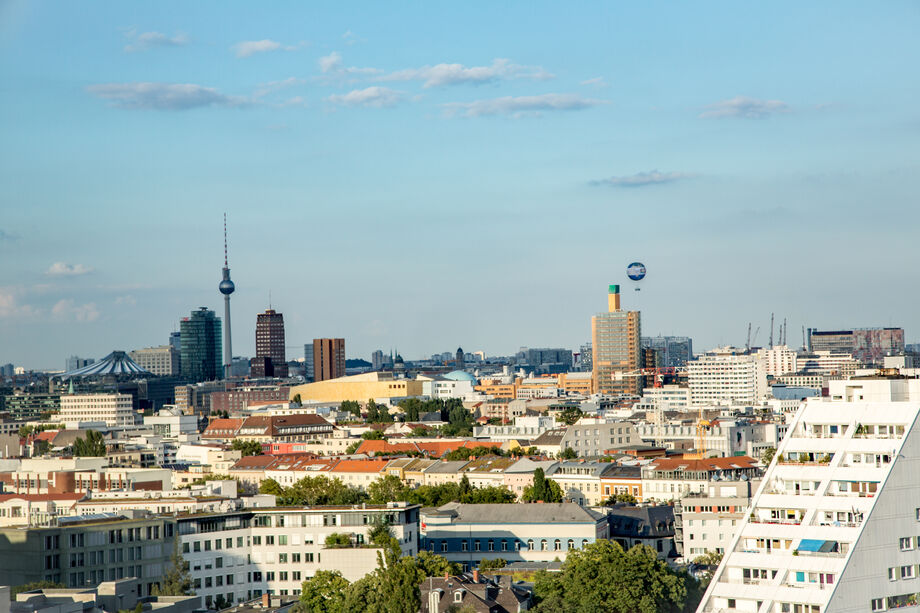 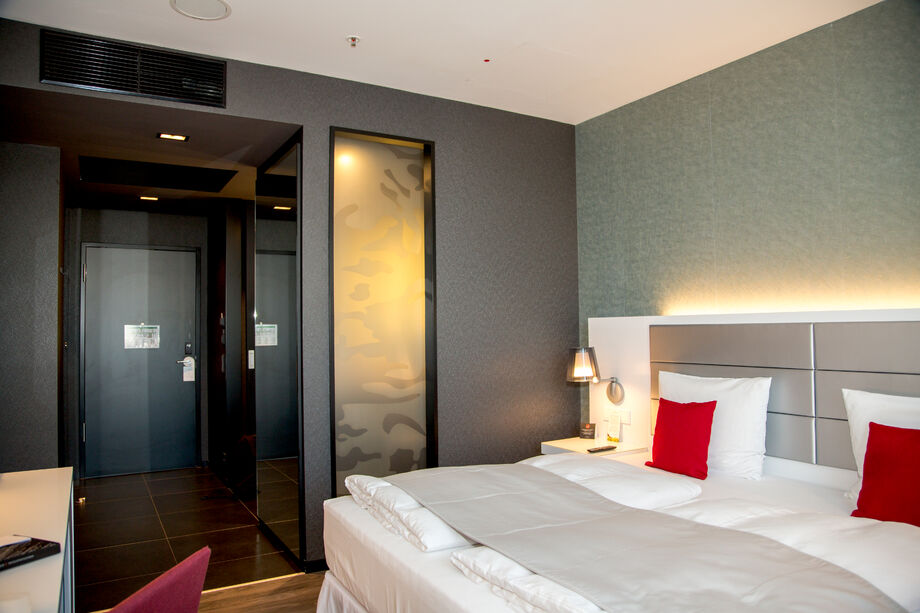 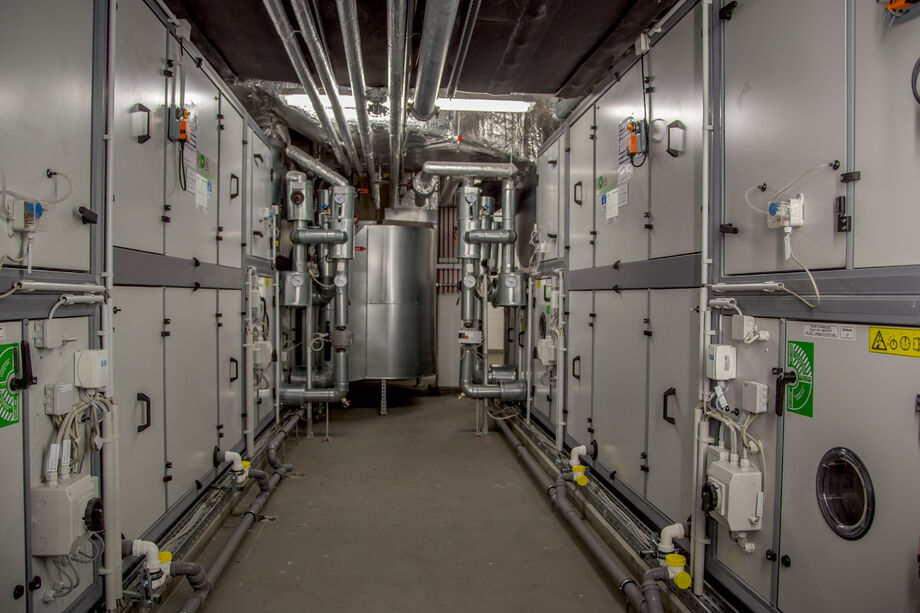 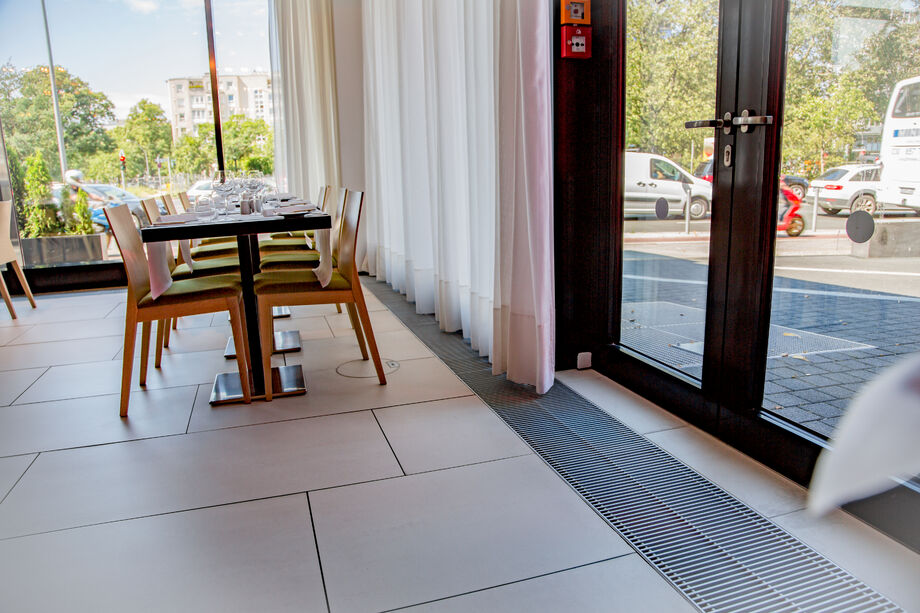 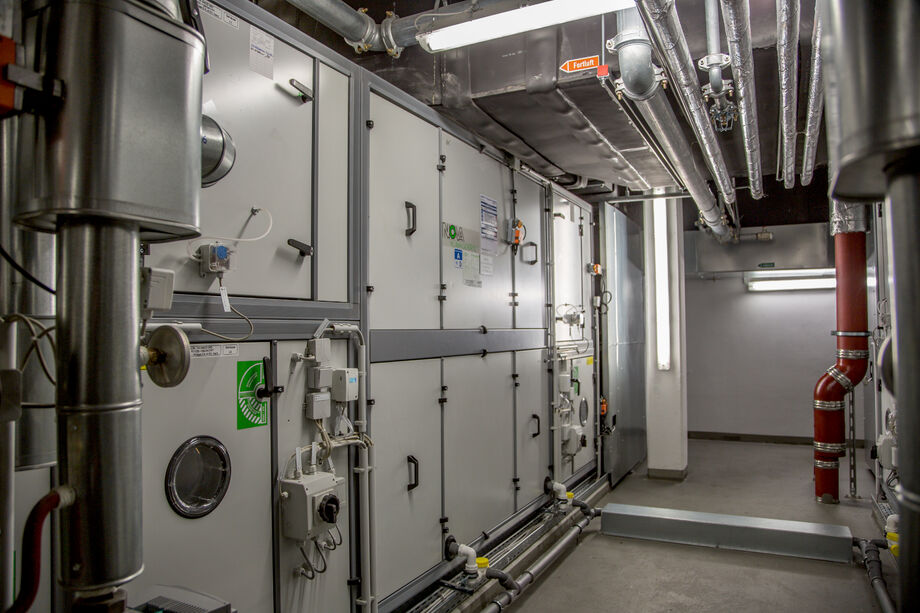 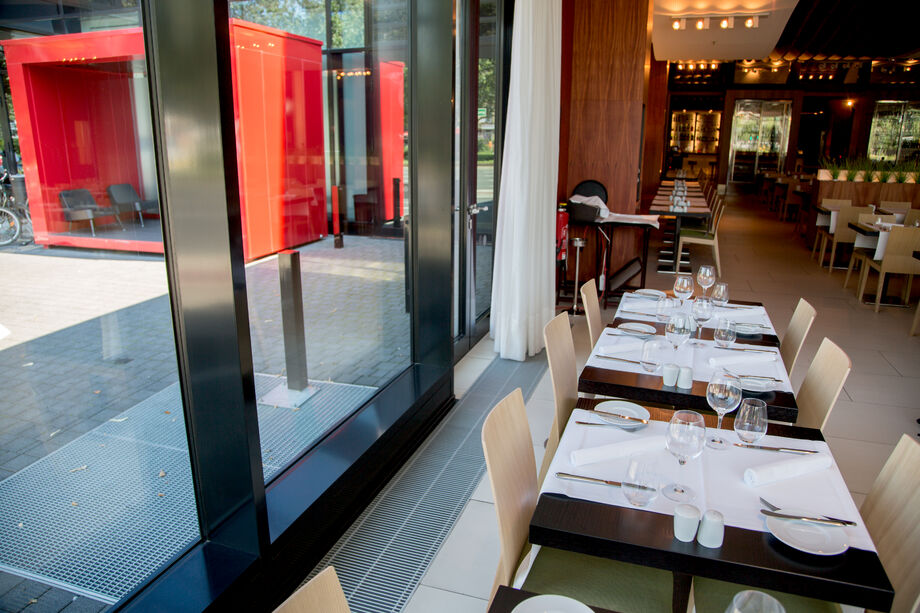 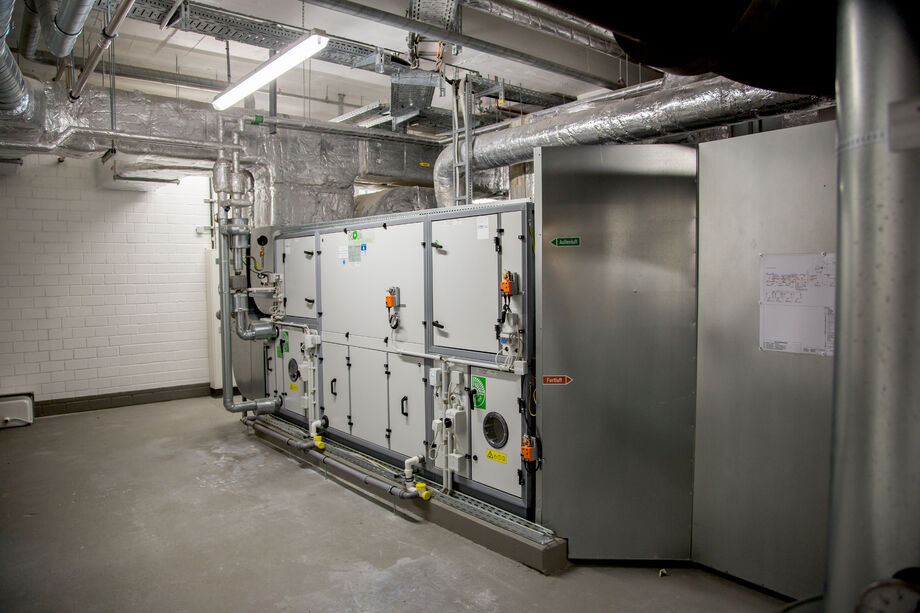 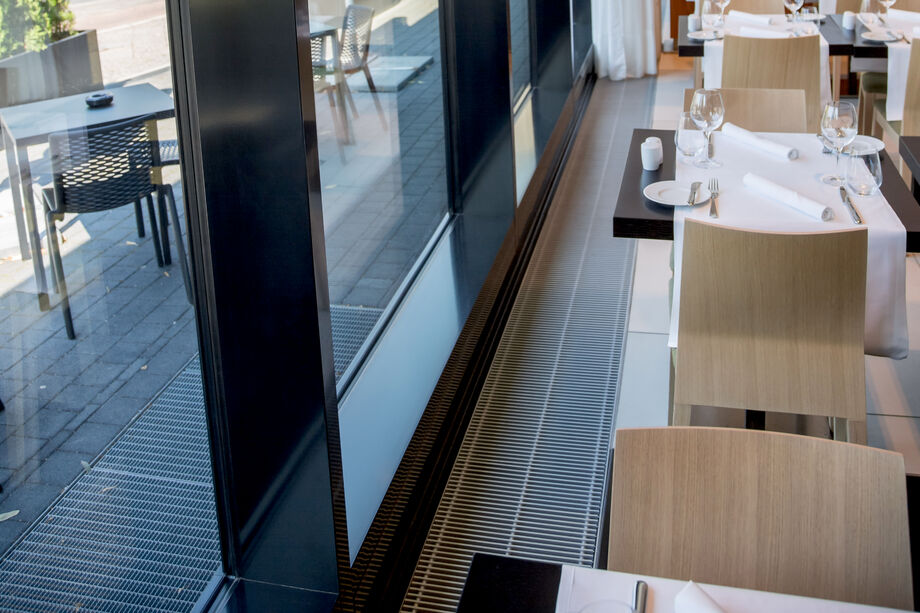 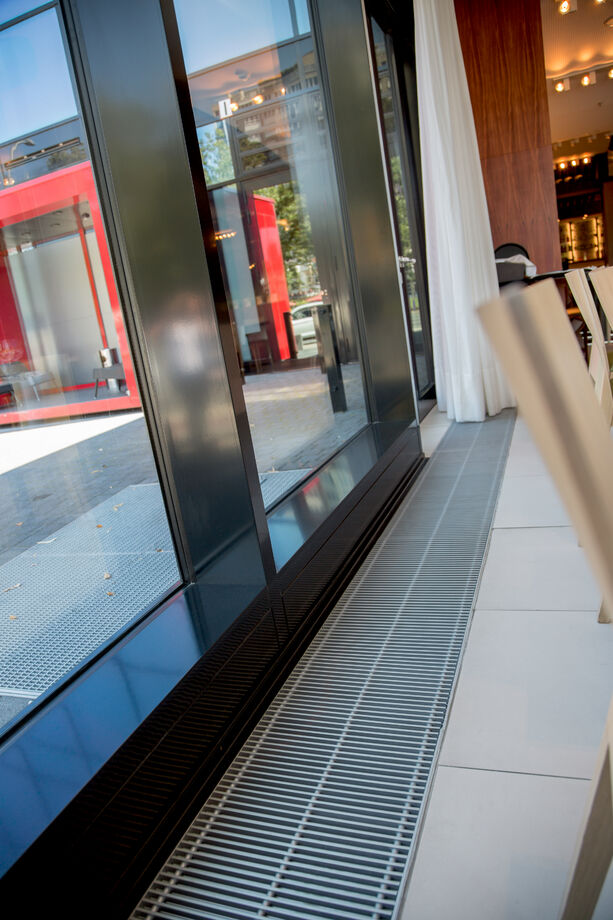 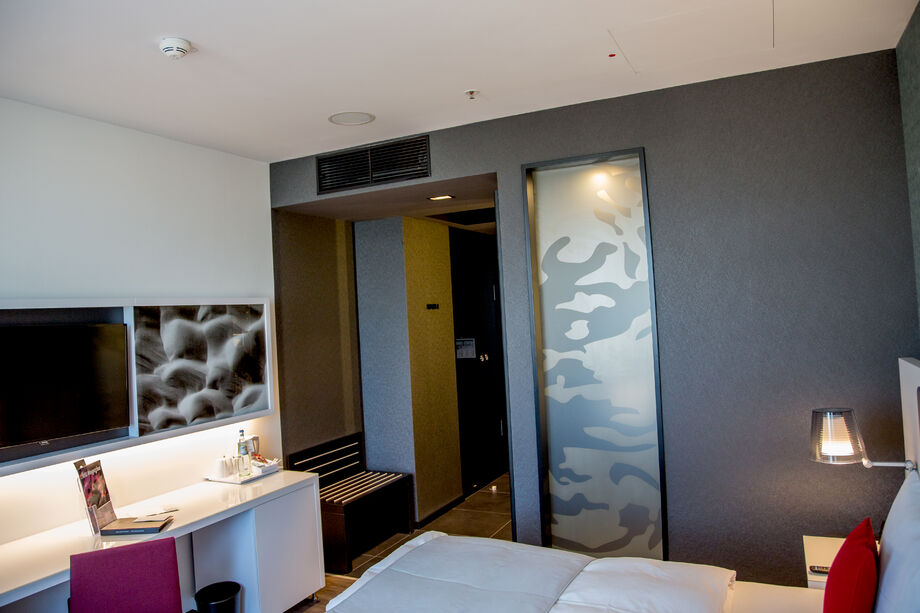 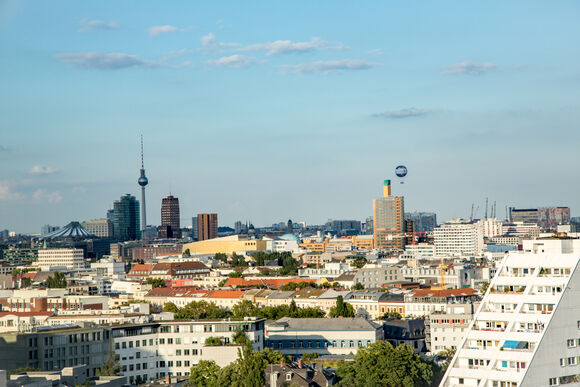 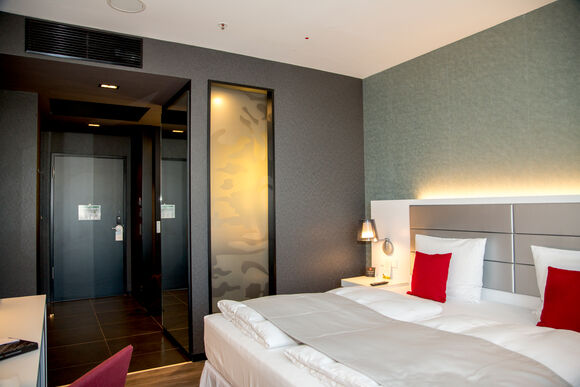 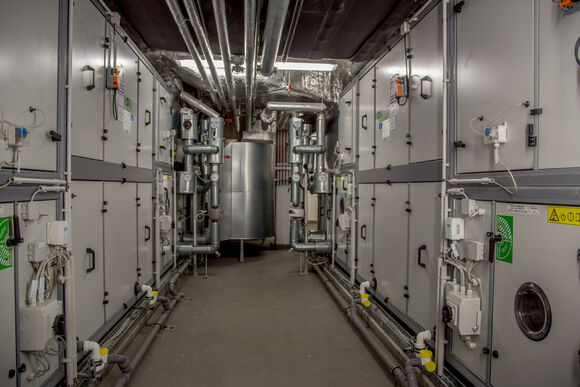 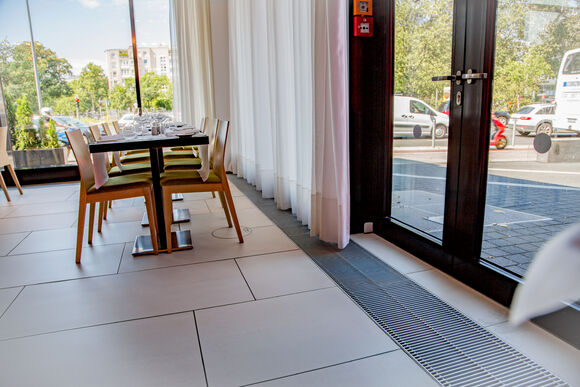 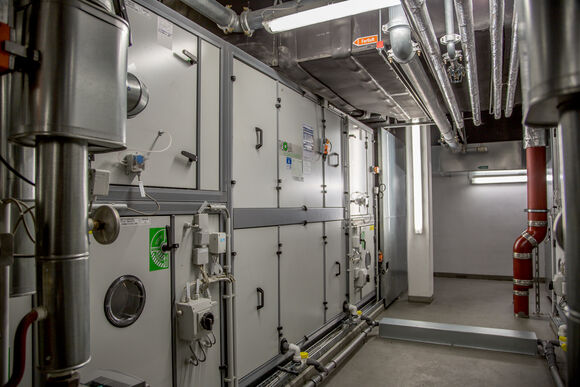 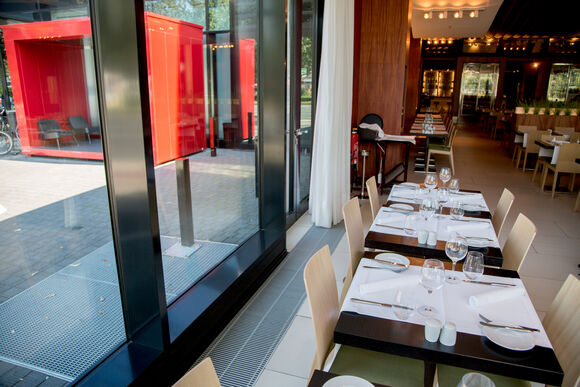 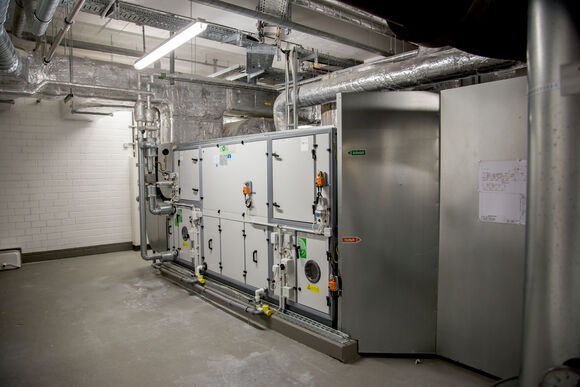 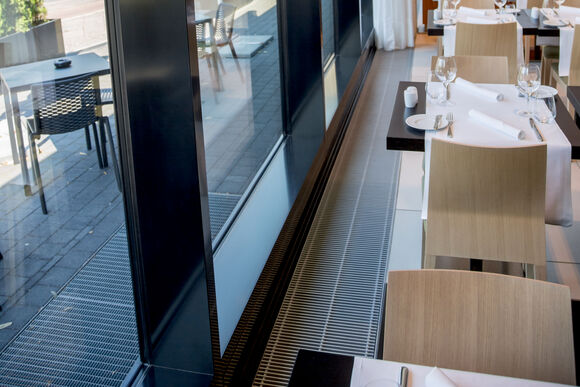 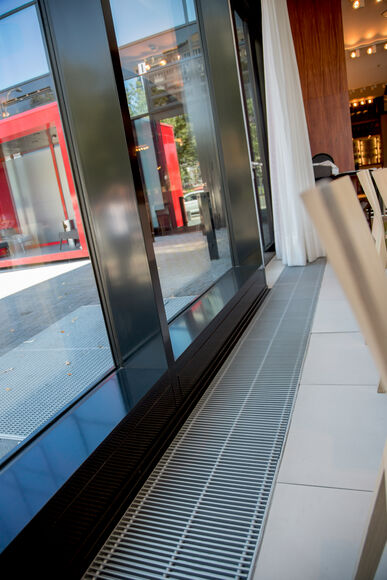 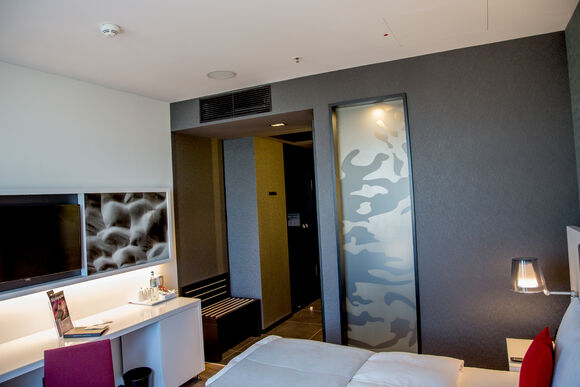