Expansion of a state-of-the-art despatch centre

The numbers indicate the scale of the Logistics Centre: A usable area as large as 26 football pitches, 175,000 tray parking spaces and a fully automated high-bay warehouse for up to 1.2 million supplier boxes. 3,000 employees annually pack some 200 million articles from here - the Hermes despatch centre in Haldensleben (near Magdeburg) is one of the most modern and largest in Europe. It has gradually achieved this size: opened in 1994, Hermes has extended the site three times.

The technology in Haldensleben is modern – as is the architecture: A post-modern building complex has emerged in metal and glass, with contrasting greenery on the outside and wooden elements on the inside. Type IVA displacement air diffusers work fully naturally in this environment and underline the interior architecture, thanks to their futuristic appearance.

In cooling mode, the flap is closed and a horizontal radial air stream is formed with long throws. However, thanks to the continuously variable adjustment mechanism, mixed air streams can be achieved between horizontal and vertical. This adjustment is motorised in the Hermes Logistics Centre. 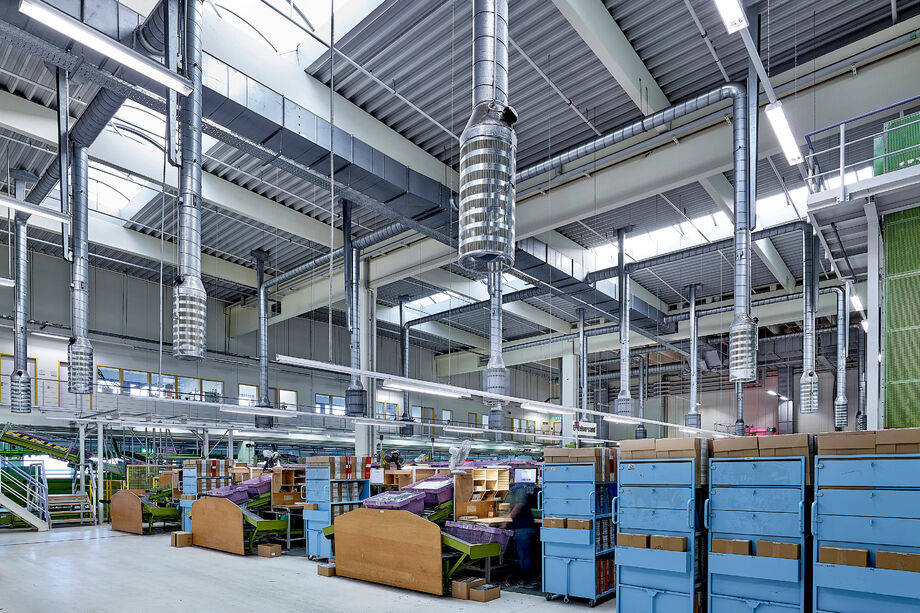 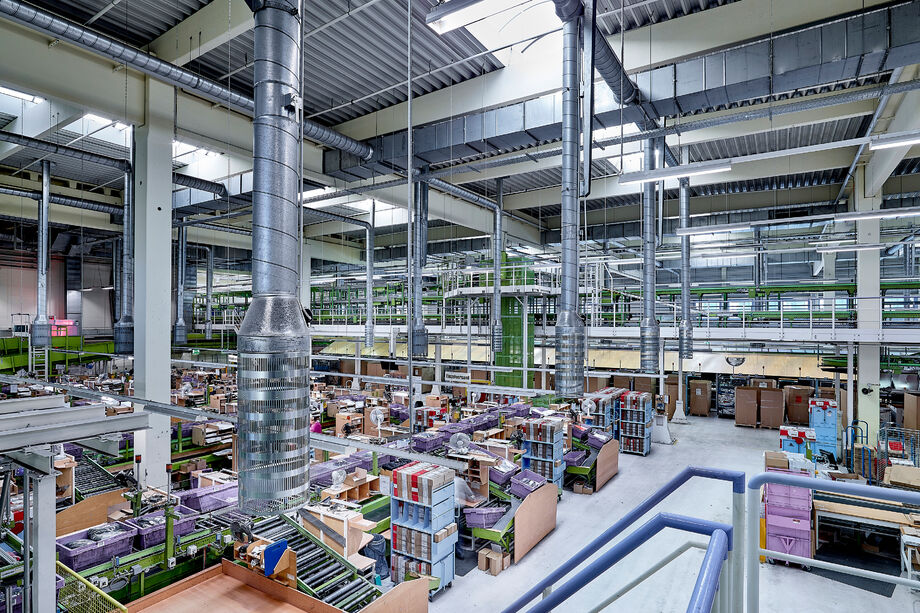 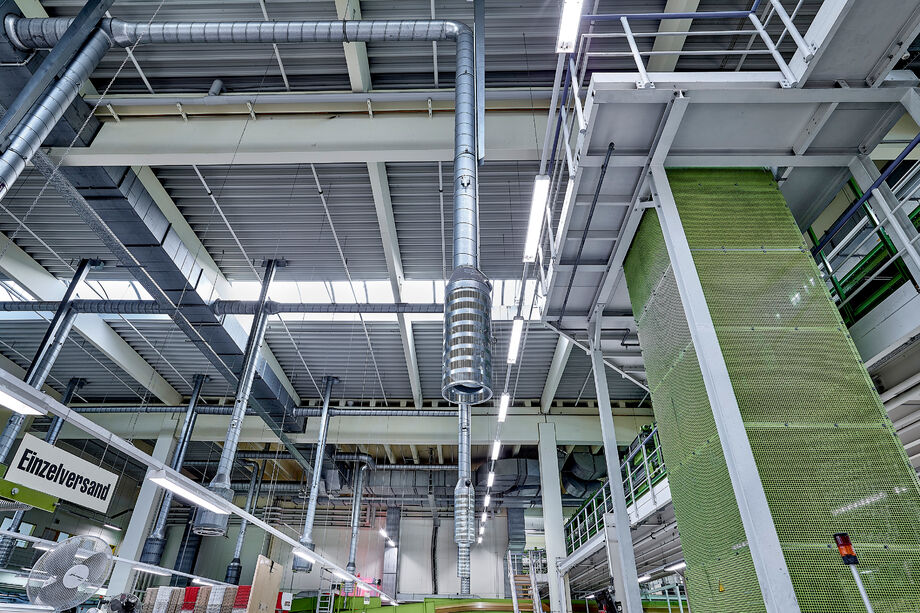 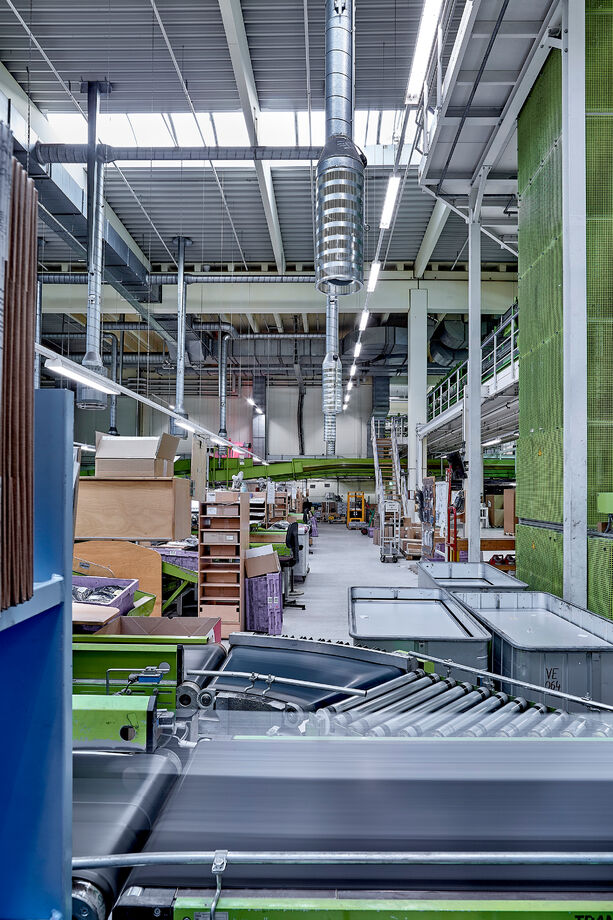 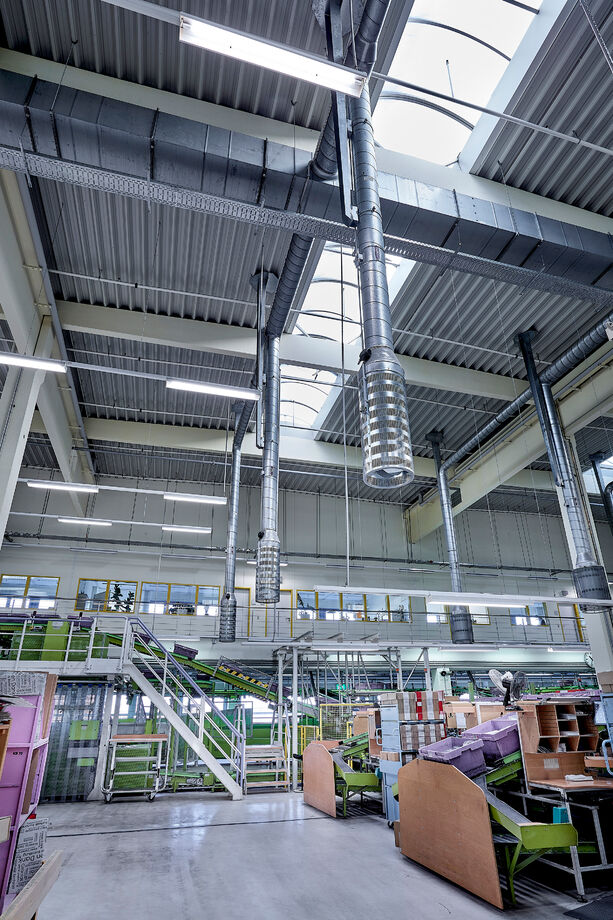 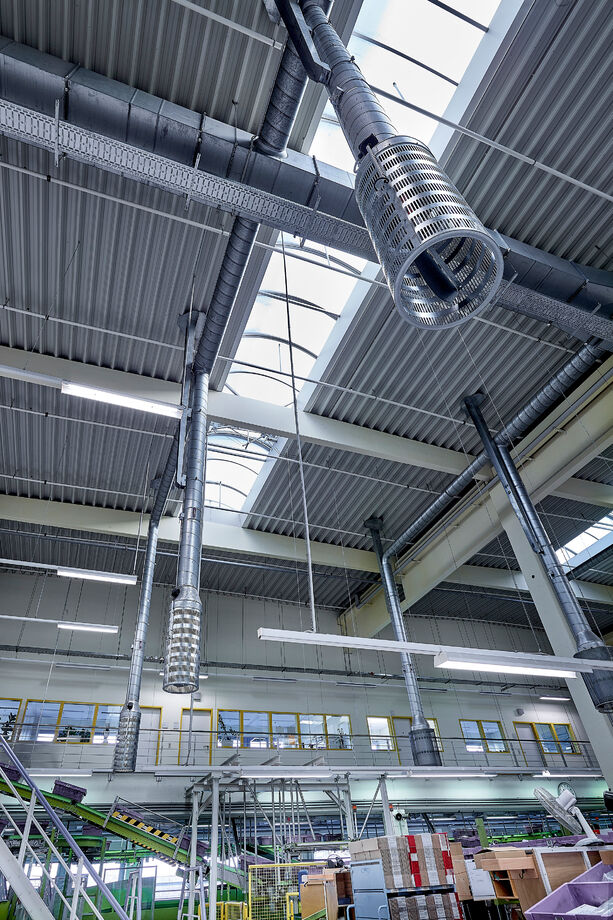 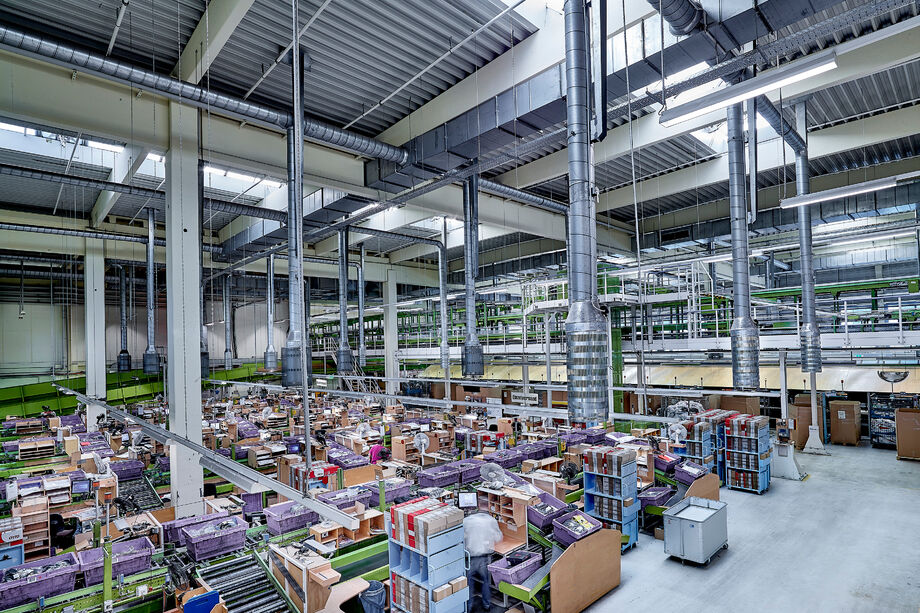 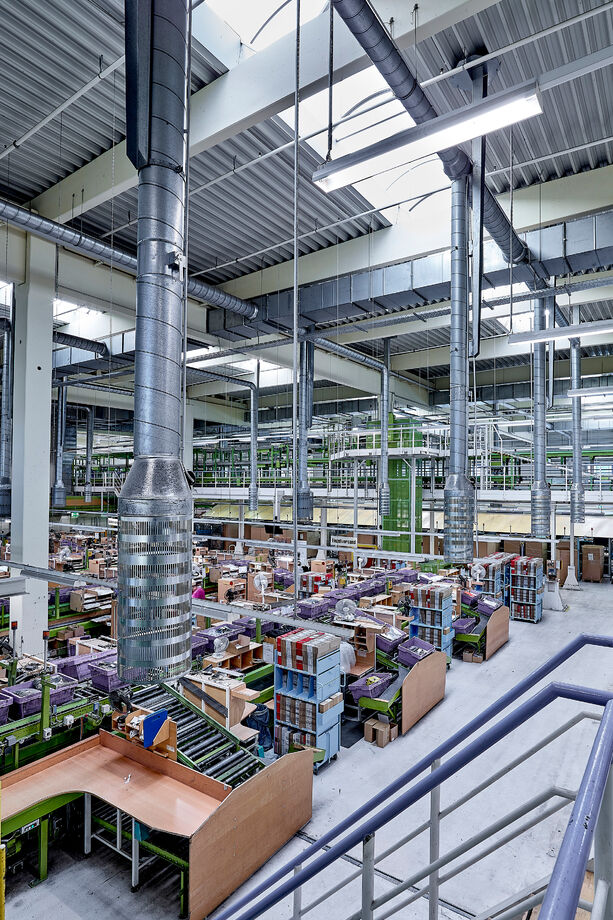 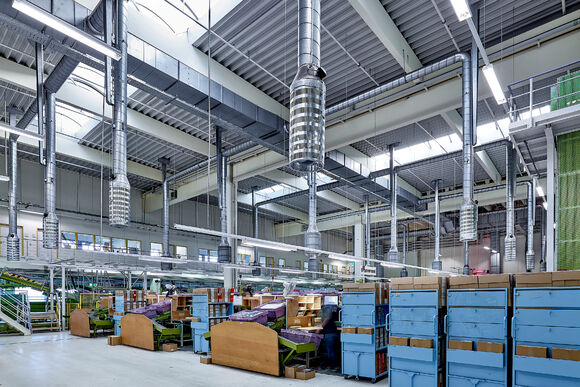 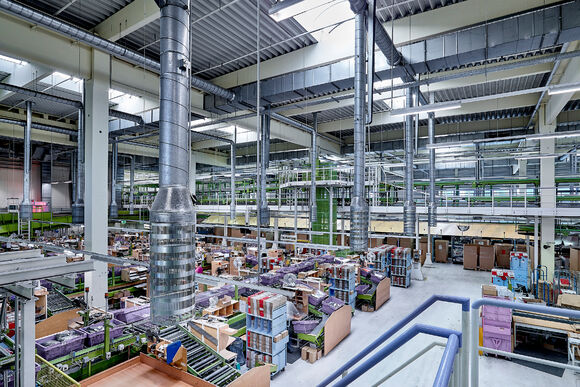 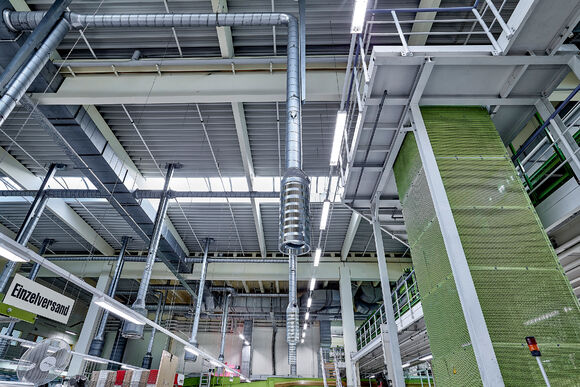 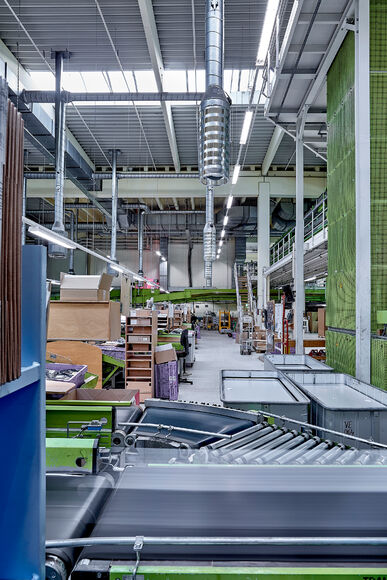 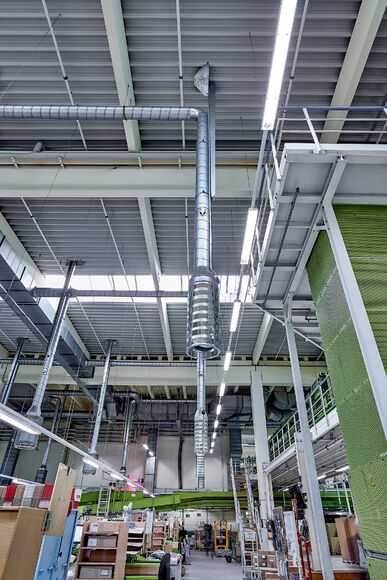 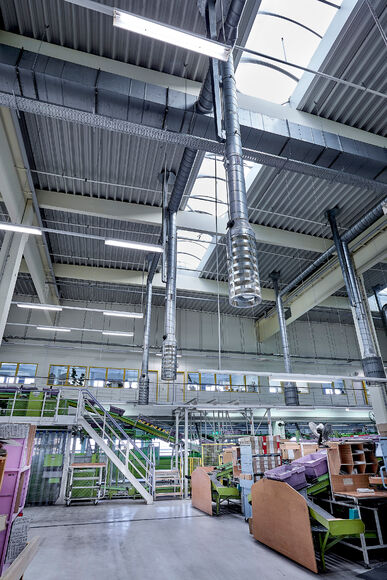 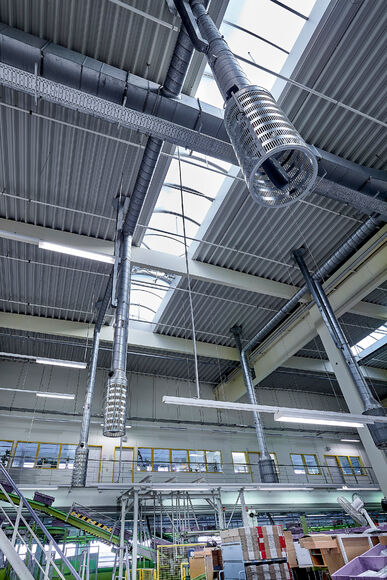 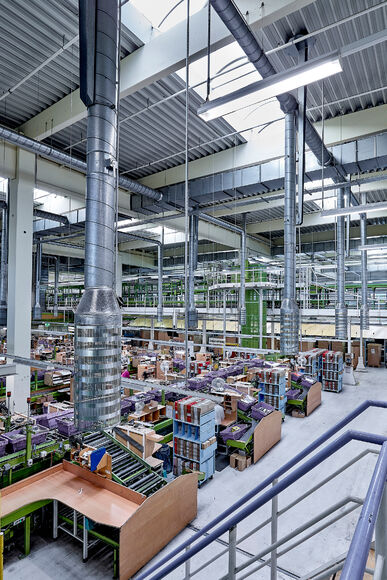