Moscow has three international airports spread around the city: Vnukovo, to the east of the Russian capital; Sheremetyevo, formerly Russia's foremost airport, and Domodedovo in the south. The latter was originally designed for domestic and cargo flights. Following a massive expansion and upgrading programme, Domodedovo crucially increased its capacity and has now replaced Sheremetyevo as Moscow's largest airport.

Following its upgrade, Domodedovo has been restyled as a service-orientated Western-style airport with a prestigious convex glazed façade at the inviting entrance to the building. However, as attractive as multi-floor glazed frontages are – they also present a number of problems in terms of air conditioning. In cooler weather, cold air accumulates behind the glazing, from where it precipitates naturally causing draughts in the inside of the space. Kampmann SlimKon façade heating effectively counteracts the falling cold air. These attractive convector heaters can be unobtrusively integrated into the interior, as they are mounted to the cross rails of the façade.

SlimKon façade heaters are the vertical extension of in-floor Katherm NK, some non-standard units of which are also installed in Domodedovo. The natural convection trench heaters effectively screen the cold air creating a comfortable climate even directly adjacent to the façade.

However, the workers in the warehouse area of the airport are also to feel comfortable – something that is not always easy with wide open doorways. Fluctuating temperatures, draughts and resulting colds are often the consequence of incorrectly "screened" doorways. Ten "ProtecTor" industrial door air curtains are therefore also installed at Domodedovo Airport. Unlike comparable models, ProtecTor feature a cold ambient air stream with an impressive penetration depth that pulls the heated air stream with it – saving up to 28% energy. 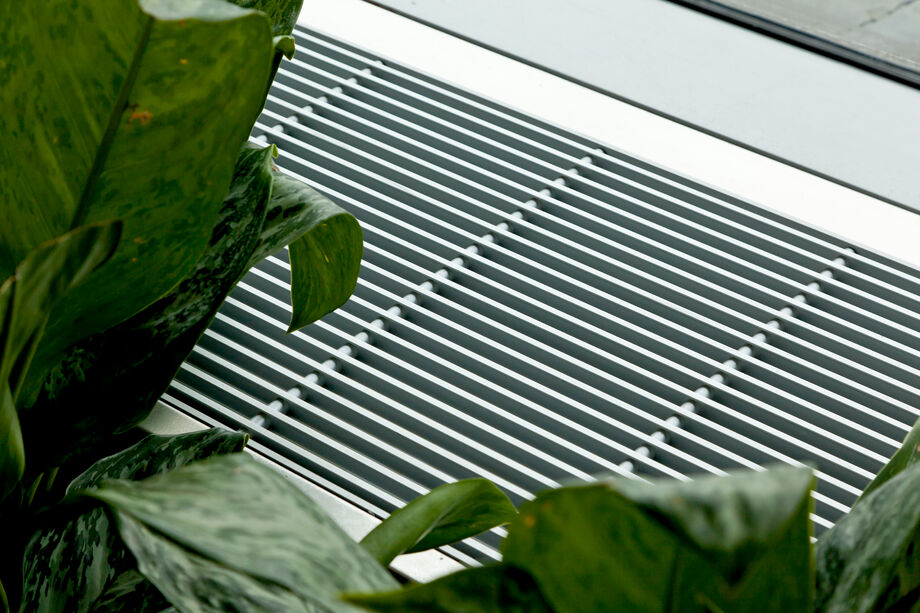 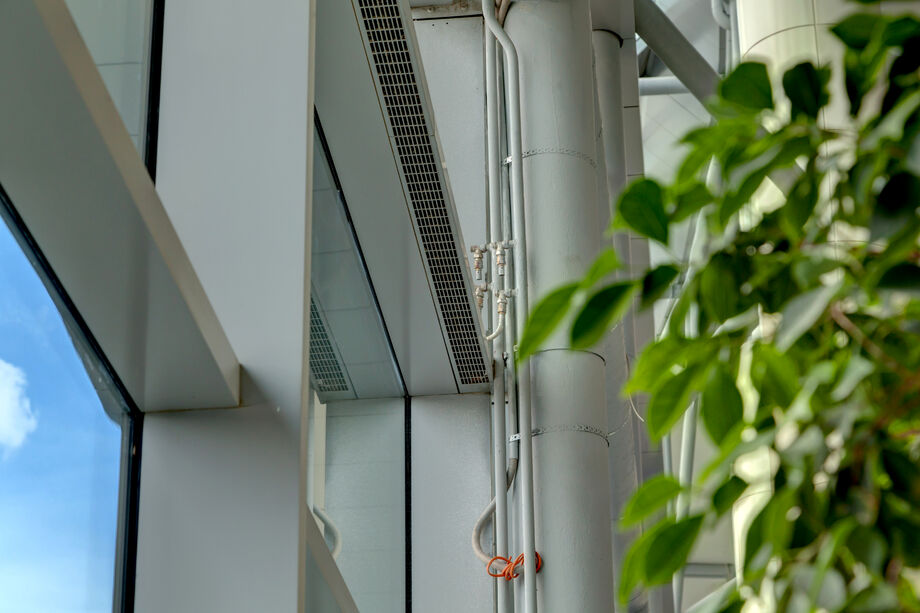 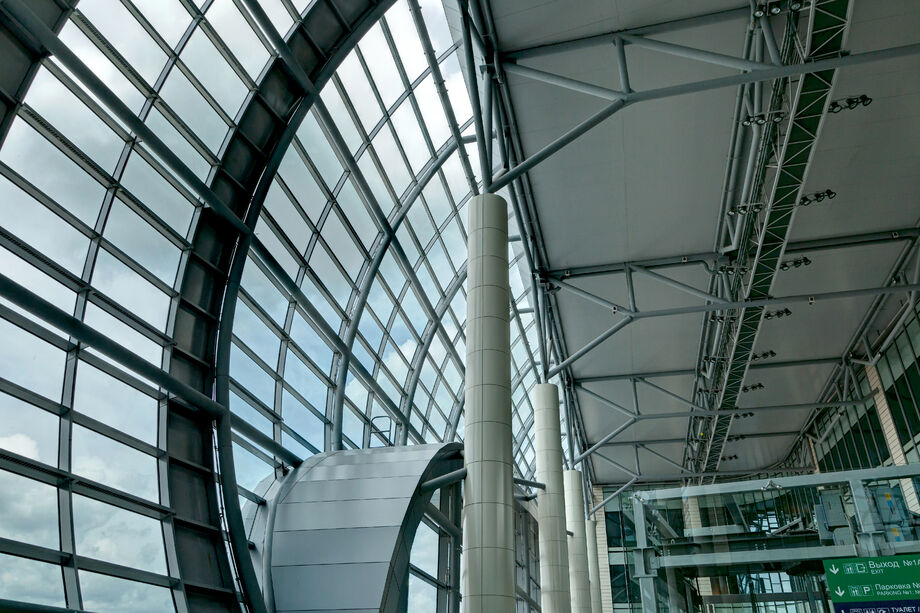 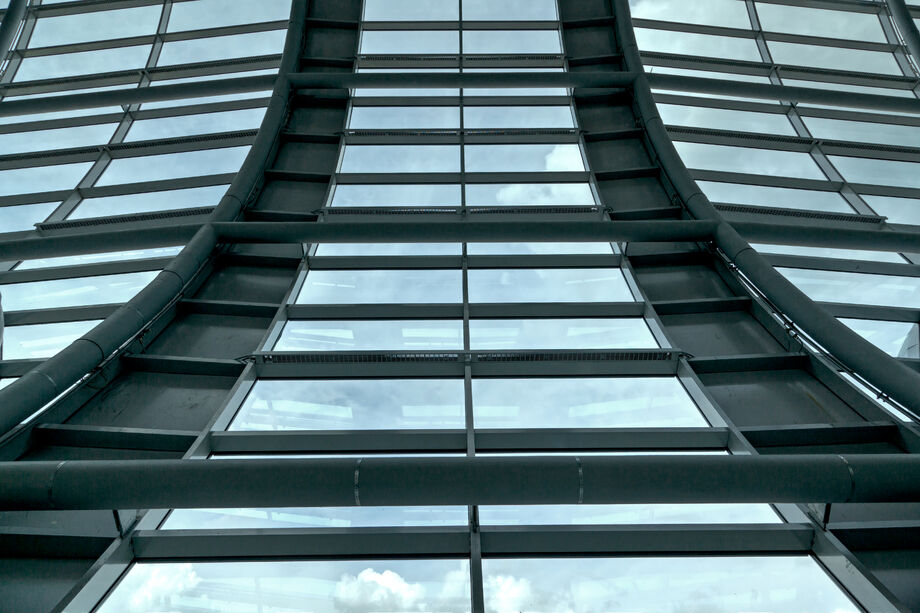 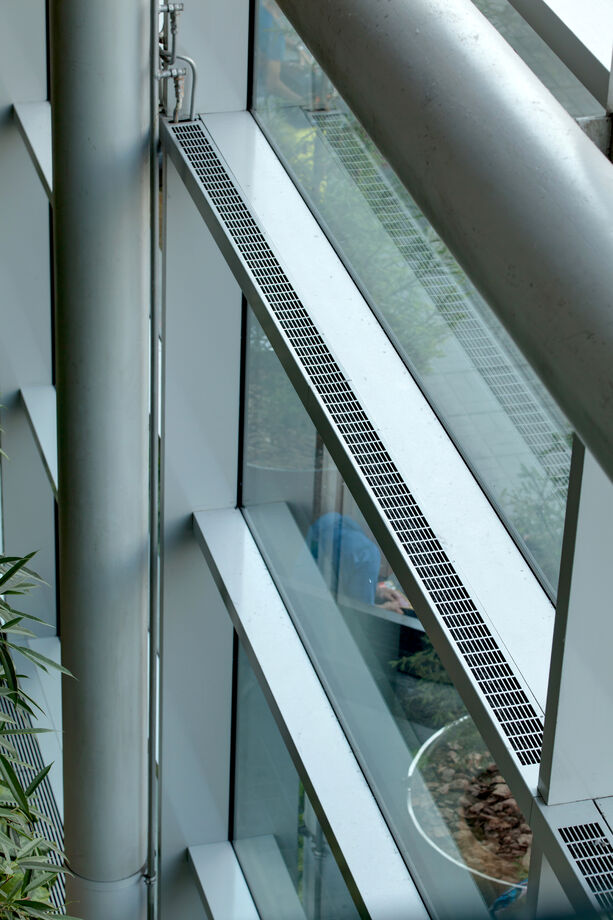 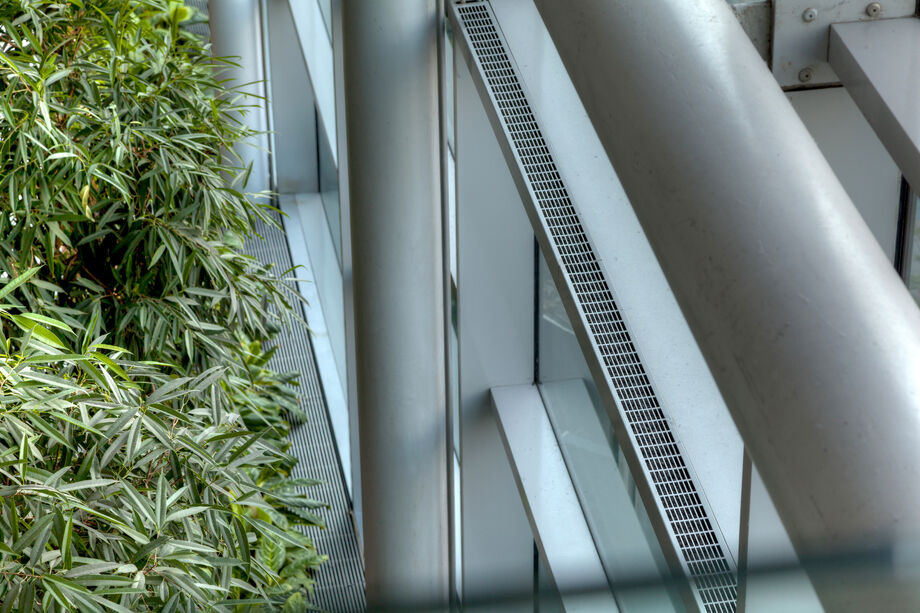 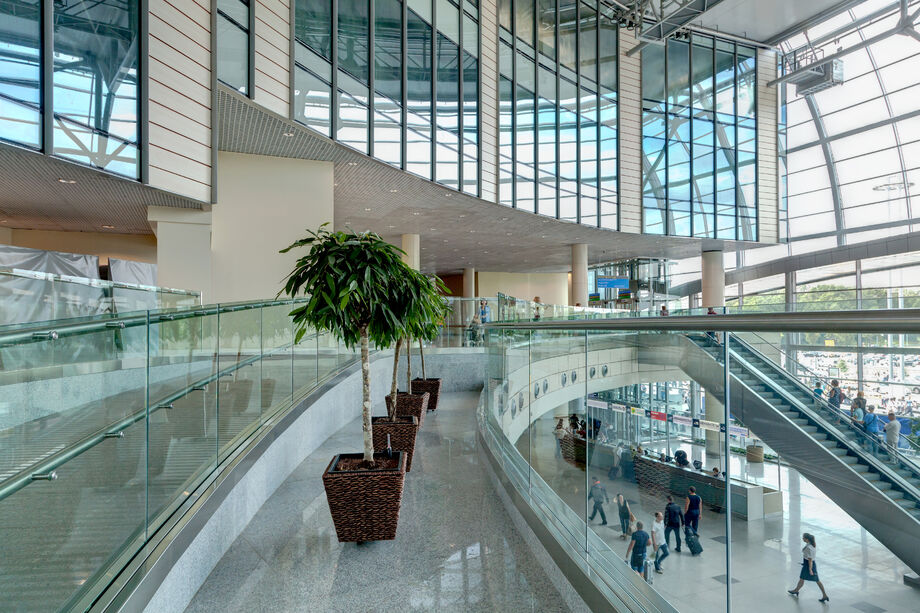 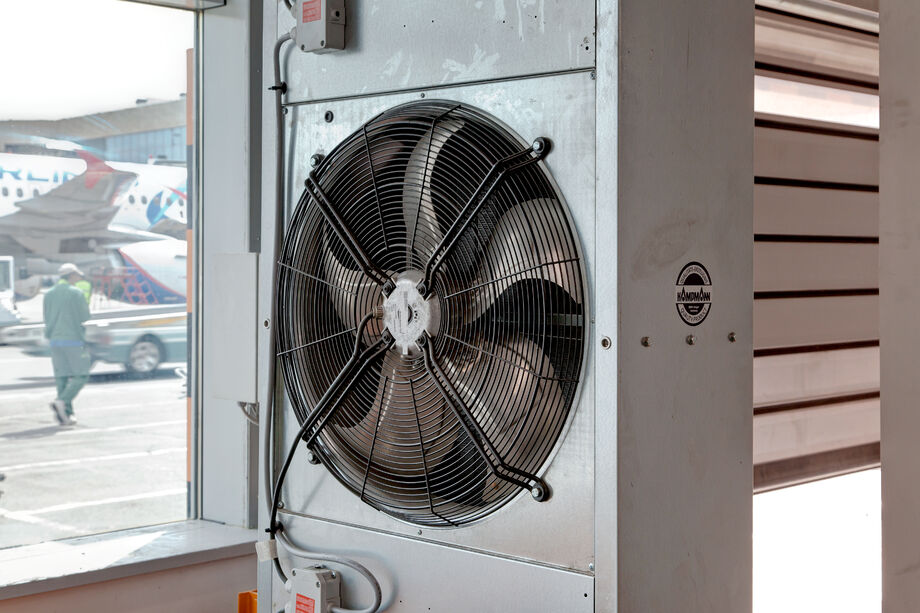 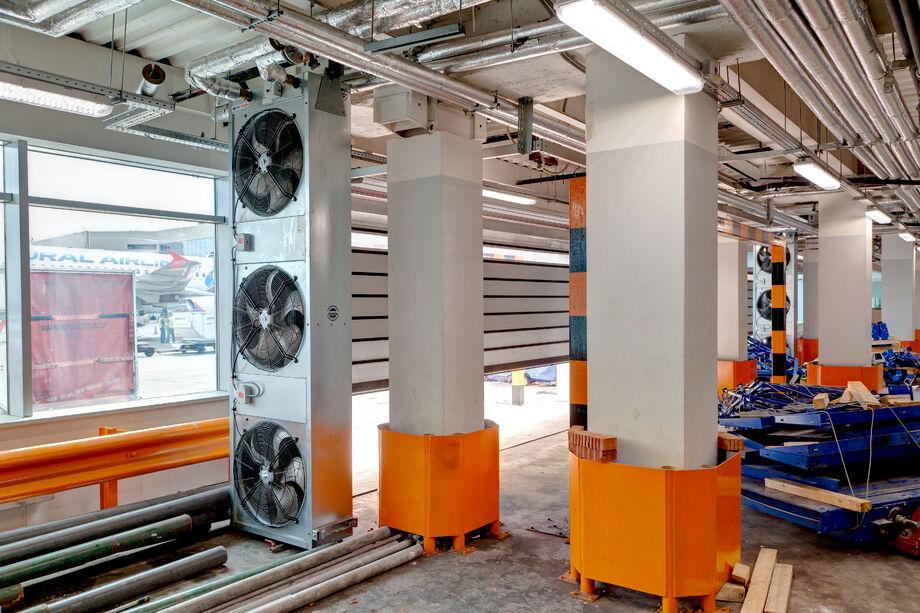 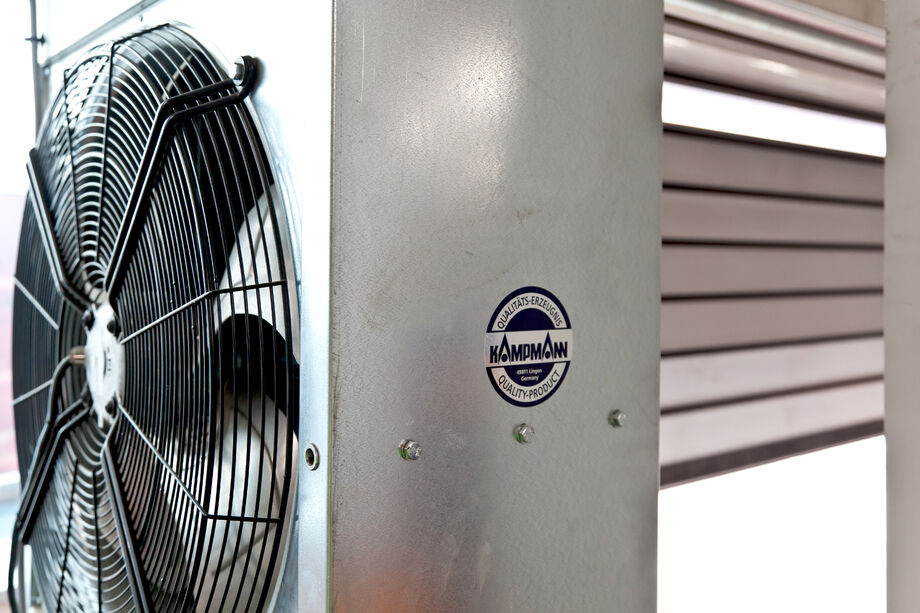 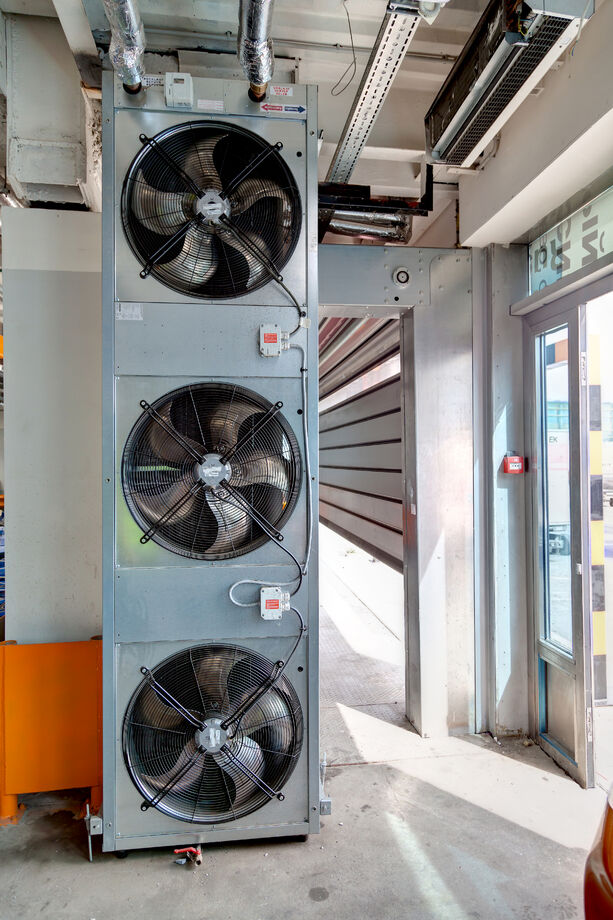 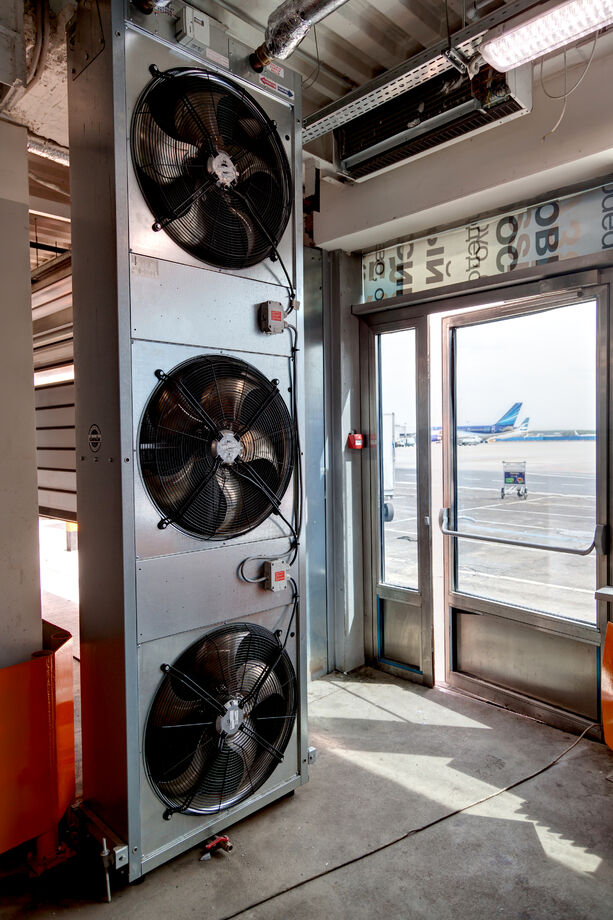 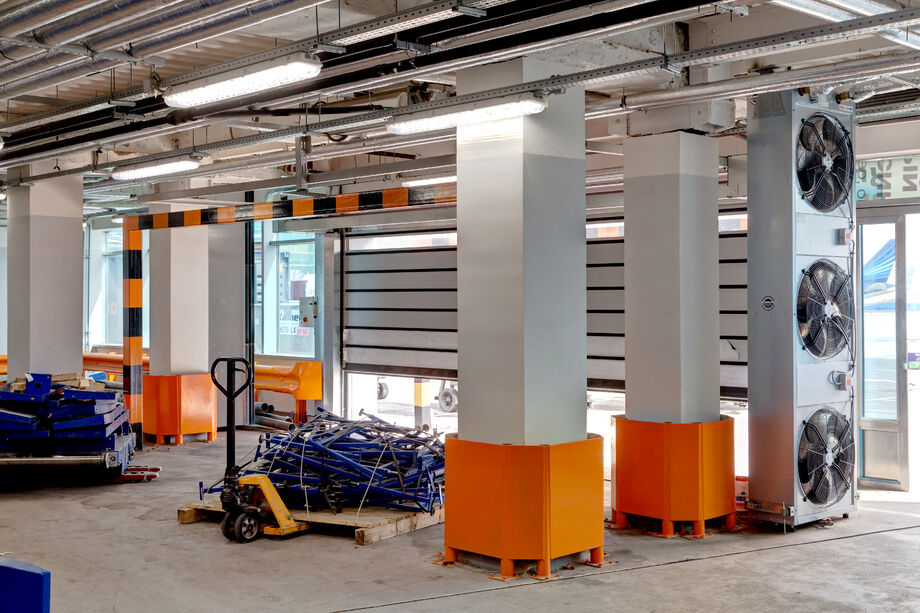 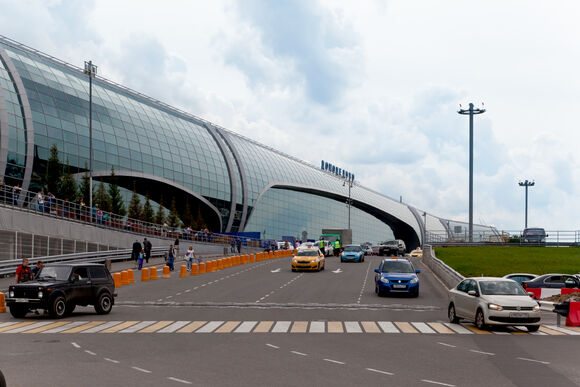 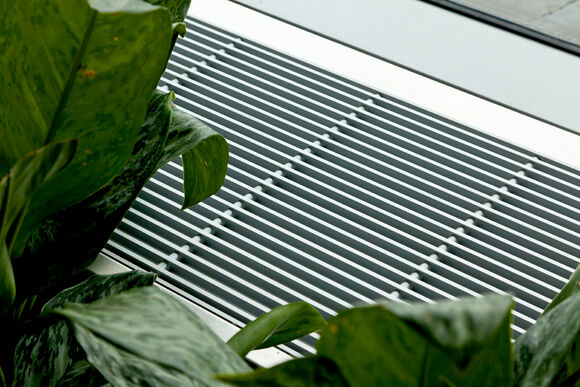 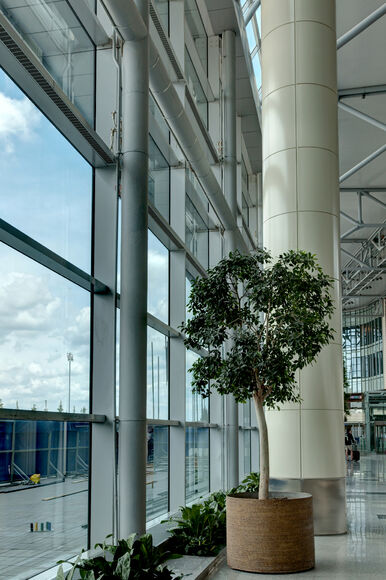 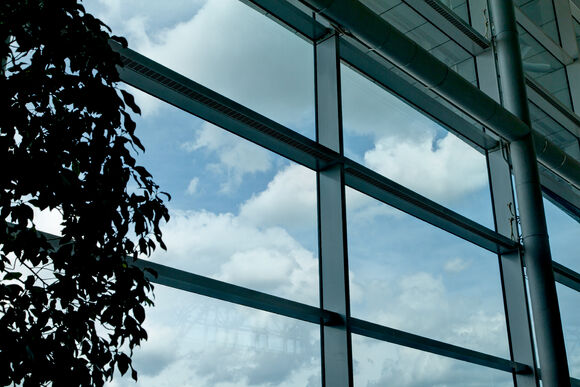 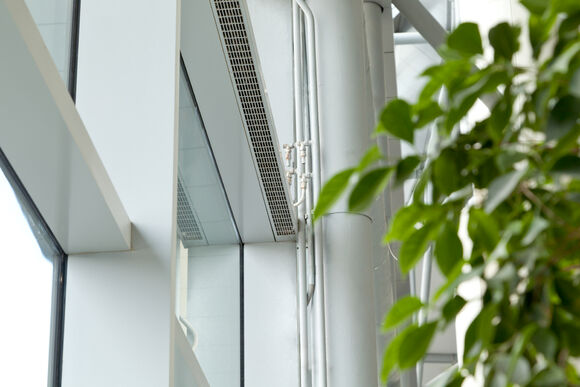 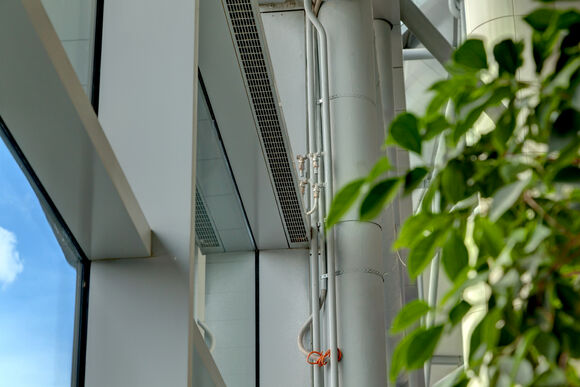 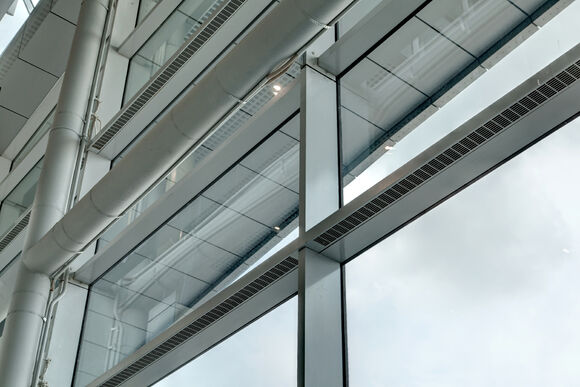 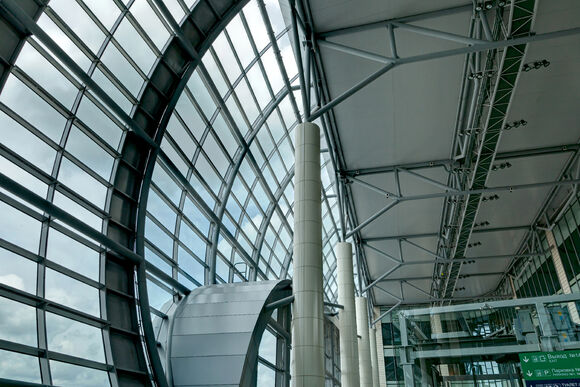 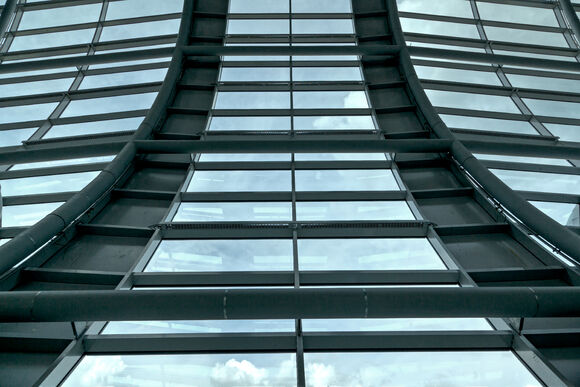 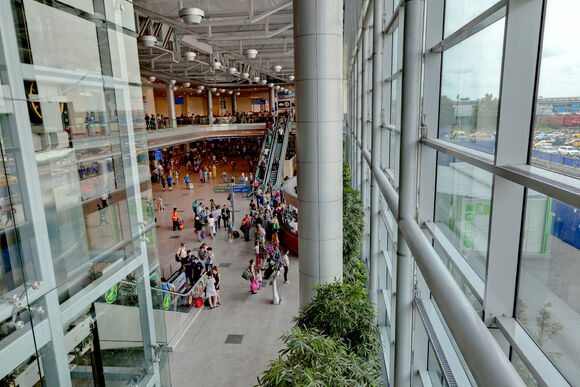 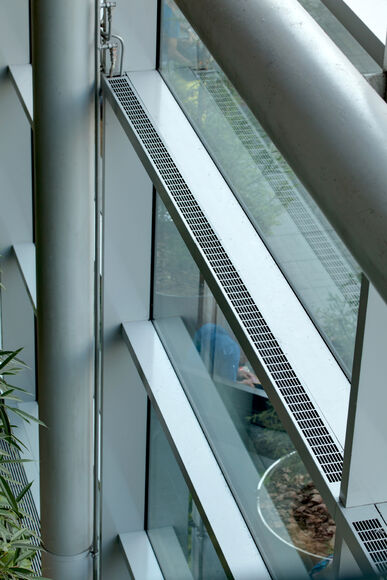 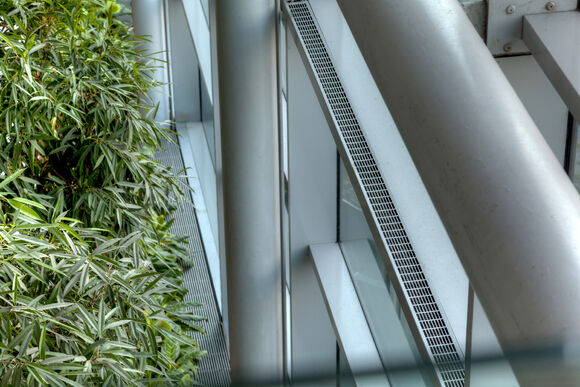 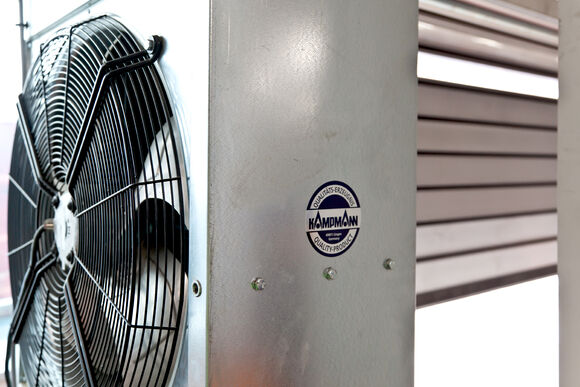 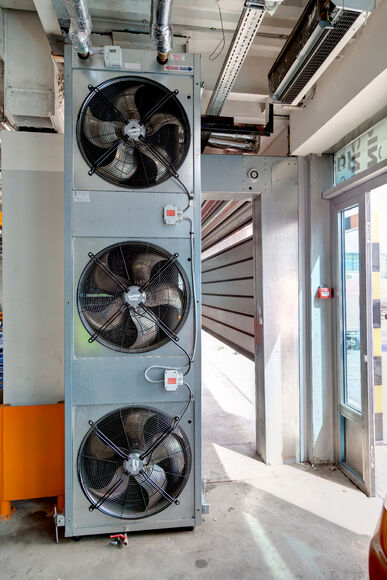 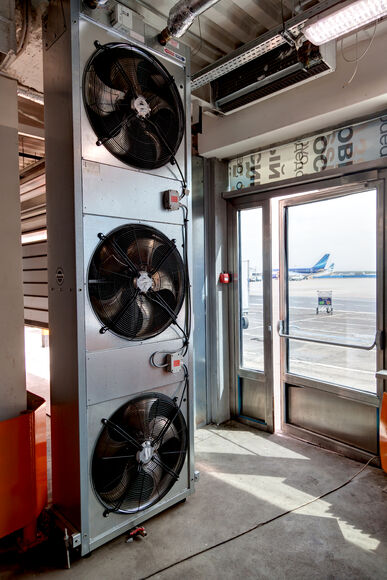 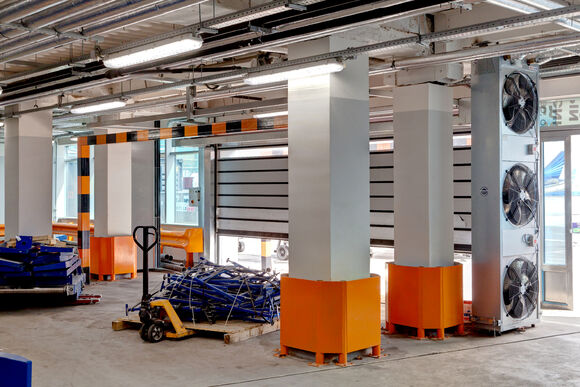 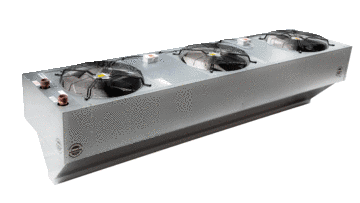