One prestigious building after another is being built in Luxembourg – Kampmann is the perfect partner for the air conditioning. 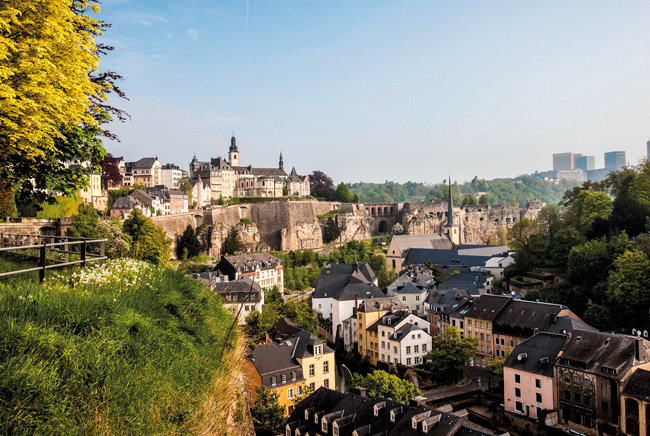 “Mir wëlle bleiwe wat mir sinn,” loosely translated as “We want to stay what we are”, is the unofficial national motto of the people of Luxembourg. If you travel to the capital of the Grand Duchy, which bears the same name, then you’ll know that this somewhat conservative sounding slogan may refer to many things but it does not relate to the Luxembourg cityscape. Ultra-modern urban districts planned on the drawing board, swimming pools, sports halls, museums, concert halls and, above all, office and administrative buildings – there’s serious building work going on in Luxembourg. And the contrast between new buildings and many historical buildings in the city gives Luxembourg a certain charm – this is not the only reason why it is one of the cities people most want to live in. The main reason for its wealth is its role as a financial centre. Alongside other cities including London, Singapore, Hong Kong and Frankfurt, the “little” city, which has a population of some 120,000, is one of the world’s most important financial centres. The fact that Luxembourg is also a key centre in the European Union is a further factor to explain why the city and state of Luxembourg are both key markets for Kampmann. 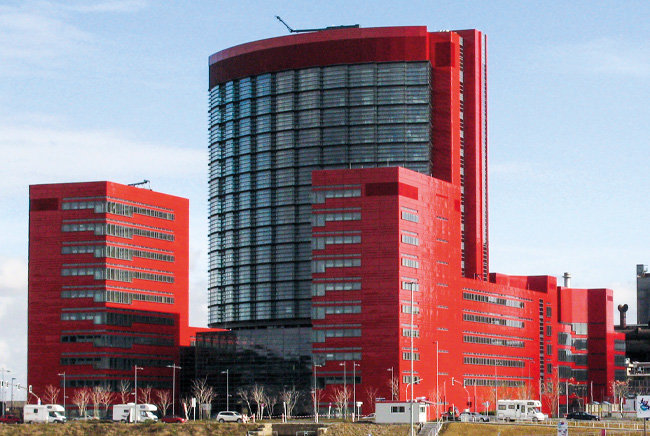 Kampmann’s focus in Luxembourg is on its project business – and what projects they are. 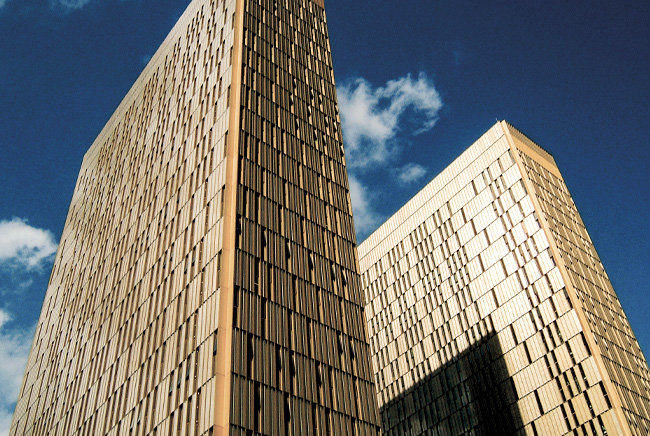 The Kirchberg is even more impressive than Belval. This plateau in the north-east of the capital city is the location of many banks, company head offices as well as European institutions and authorities. There is always lively building work here and many architectural flagship projects have been and are being built – fortunately often using Kampmann systems. This was also the case with the renovation and extension of the European Court of Justice with its two narrow, golden and glistening towers and the elevated palais – one of the most prominent building complexes on the plateau. Kampmann has supplied trench heaters and SlimKon façade heaters for the new European Investment Bank with its highly innovative energy concept.

Also impressive from a Kampmann point of view is the new building for the accounting and consulting firm EY (formerly Ernst & Young): 2300 metres of Katherm were installed in the building, which opened in December 2015. Also on the Kirchberg: the head office of the Luxembourg Chamber of Commerce. Once again an extensive Kampmann project. 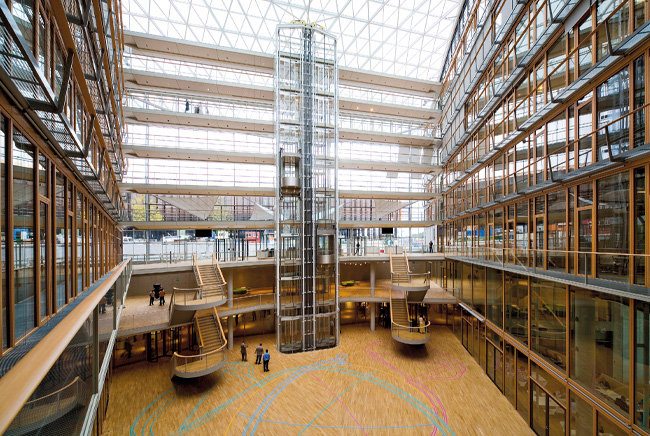 Luxembourg is therefore an extremely exciting market in which Kampmann is very successful – not just a matter of course. Admittedly Kampmann has the advantage that high quality is very sought after in the Grand Duchy although companies need particular skills for project consultations and negotiations – namely multilingual skills. Luxembourg has three official languages: French, German and Luxembourgish. These languages do not have equivalent value but are used according to the occasion. The official name of the country is the French word “Luxembourg”. This language is also used in administration and in secondary schools. German is often taught in primary schools. Newspapers and books are generally published in German. French is spoken in hotels and restaurants and in most shops, as many employees commute from France or French-speaking Belgium. Luxembourgish is spoken in the street and anyone who masters this Moselle-Franconian dialect is regarded as being a true native of Luxembourg. Although German is not spoken in Luxembourg’s Kirchberg district, the air conditioning is definitely German. With Kampmann.